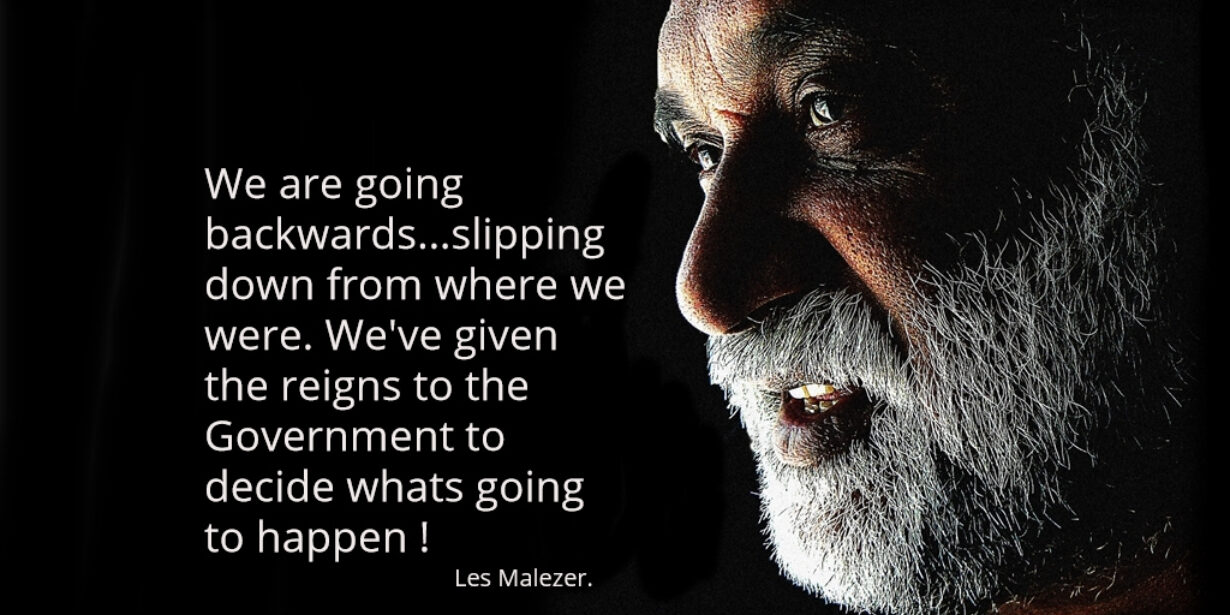 We have to start to unite... and remember what we are fighting for !

Veteran Aboriginal rights campaigner Les Malezer is urging his people to stop fighting against each other …. and become more focused together to ensure the preservation of their culture into the future.


Batjulla /Gubbi Gubbi man Les Malezer was a member of the UN Permanent Forum on Indigenous Issues and chairperson for the Foundation for Aboriginal and Islander Research Action (FAIRA) in Australia.

He served as global coordinator for the Indigenous Peoples caucus during the adoption stages of the UN Declaration on the rights of Indigenous Peoples, and now works to have those rights implemented at the national and international levels.

Mr Malezer told CAAMA RADIO the struggle for the rights and continued survival of Australia’s first nations connection to country will always be a struggle…. With ongoing attempts to take away control from their land and territories.

Mr Malezer, now retired, has accused Government of taking up time with the Voice proposal.