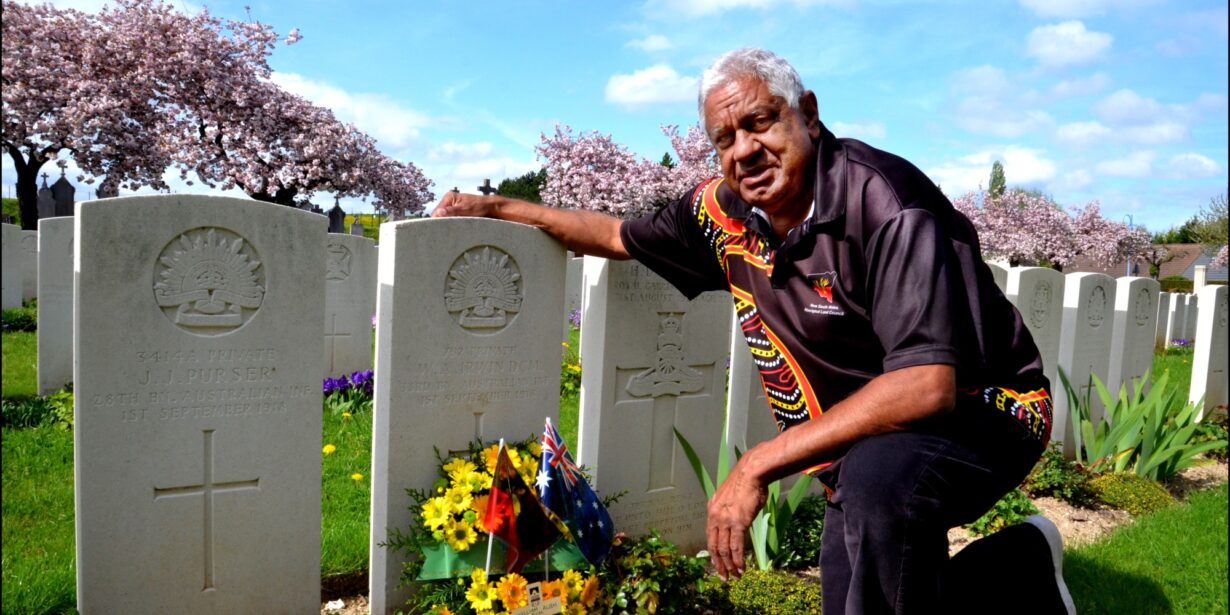 The least we can do is to give thanks and remember them.....

Michael Flick from Collarenabri in NSW was a young Kamilaroi man who saw World War One action on the Western Front.

After early training at Broadmeadows, the 29th Battalion set sail for Egypt, where the troops spent some months on garrison duty at the Suez Canal prior to embarking for France. ‘Black and Gold’ vividly describes the confusion and bitterness that followed the battalion’s first major action at Fromelles.

After a year of so in France, the 29th Battalion journeys north to Belgium, and gallantly participated in the struggle for Polygon Wood in September 1917. The final year of the war saw the 29th Battalion return to the Somme, and take part in the victorious advance against the German Hindenburg Line in August and September 1918.

Mick’s grandson, Joe Flick, is immensely proud of his Pop and each and every ANZAC Day wants to ensure that Mick, along with all First Nations men and women who served their country… are properly honored.