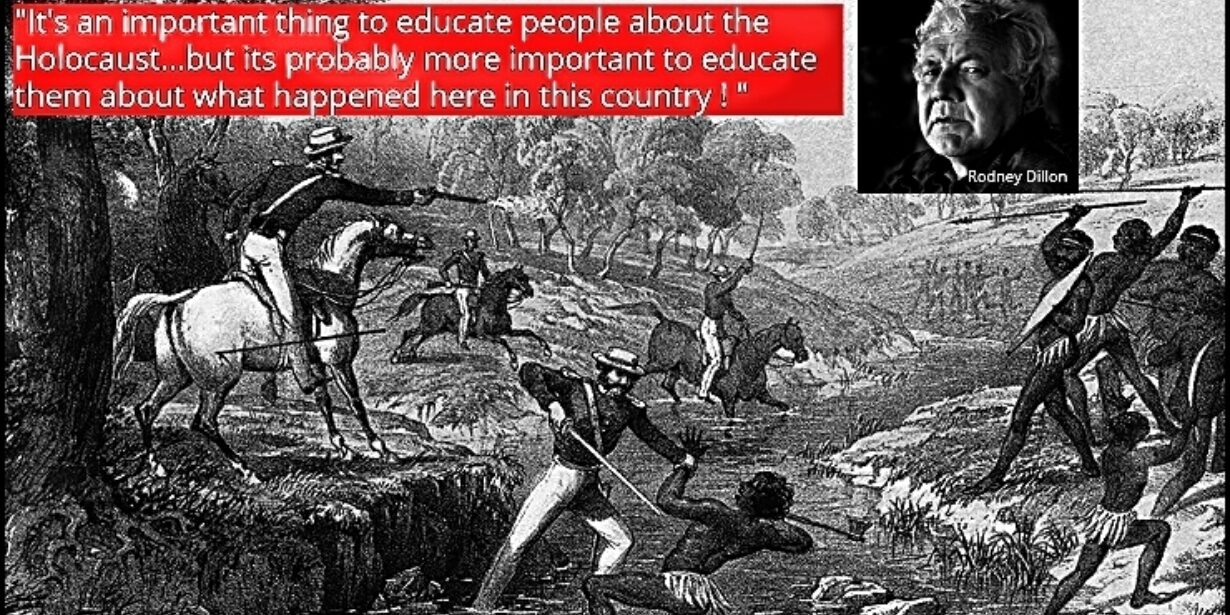 Shouldn't we be remembering out own history first ?

Tasmanian Aboriginal people say the Federal Government is continuing to ignore the massacres and wars that took place in their own country …while committing two million dollars towards a planned Holocaust education centre for Hobart.

The Federal and Tasmanian state governments will provide funding for the new Holocaust centre which will offer education and interpretation for school groups, as well as the general public.

While there is no official memorial in Tasmania which recognise the states colonial conflicts with Aboriginal people .. Mr Frydenberg became teary during his speech to a Jewish congregation claiming the new centre is an example of what we can do, to ensure future generations say "never again."

Rodney Dillon, co-chair of the Tasmanian Aboriginal Regional Communities Alliance (TRACA), said while he supports the proposed Holocaust centre ….a lack of acknowledgement of wrongdoing against Aboriginal people is a widespread problem.

Emeritus professor of history at the University of Newcastle, Lyndall Ryan, who specializes in Tasmanian Aboriginal history, says a memorial of the events in Tasmania was "long overdue".