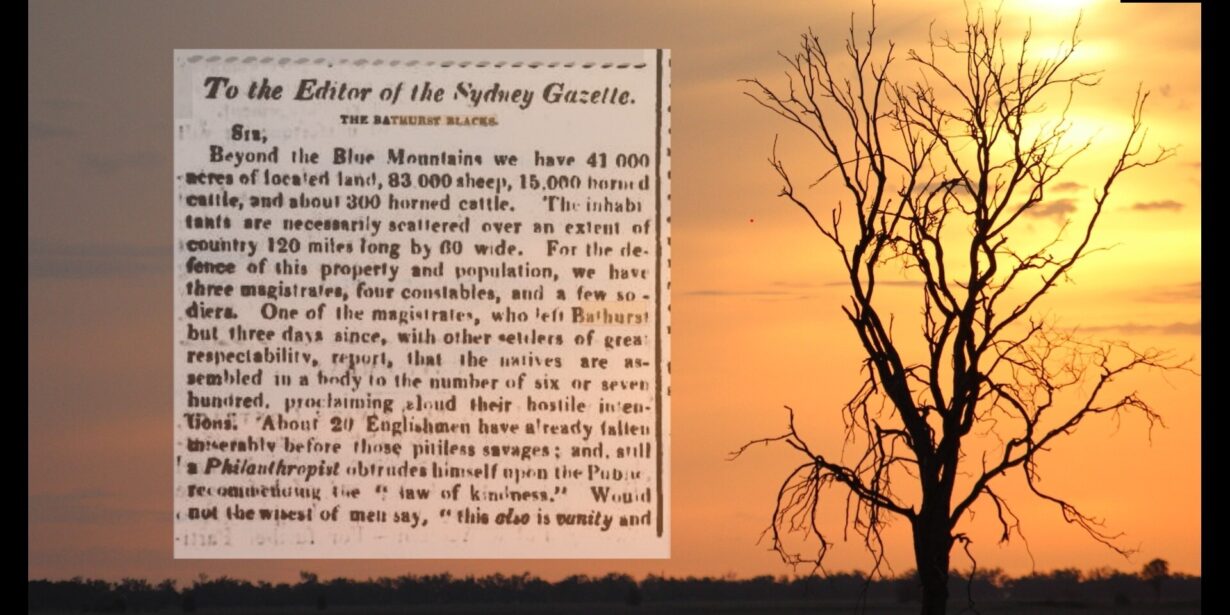 Craig Lawler is the proprietor of Blind Freddy's Bushranger Tours in Canowindra, New South Wales. He takes people to the actual sites where the bushranging of the 1860s gold rush took place and tells the stories truthfully and entertainingly as possible.

Craig has also worked as teacher and journalist and appeared on the ABC's Think Tank Quiz Show as a panellist and other quiz shows as a contestant.

Currently residing in Gooloogong, Central NSW, Mr. Lawler spoke with CAAMA's Josef Jakamarra Egger about his work, and of the continuing impacts early British colonialism had on the local Wiradjuri tribe.

- Music by Sean McMahon from “Compositions for a film”

- Picture credits from “S.T. Gill & his audiences” by Sasha Griffin. Published by National Library of Australia in association with State Library Victoria 2015.