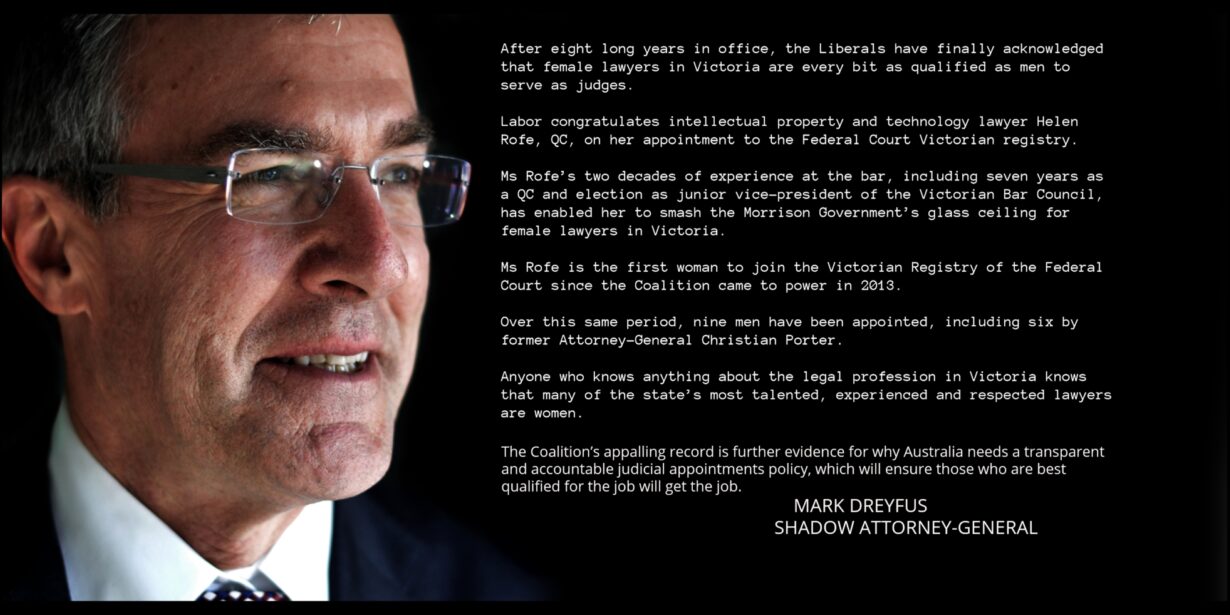 First female appointed as a judge in Victoria since 2013....

After eight long years in office, the Liberals have finally acknowledged that female lawyers in Victoria are every bit as qualified as men to serve as judges.

Labor congratulates intellectual property and technology lawyer Helen Rofe, QC, on her appointment to the Federal Court Victorian registry.
Ms Rofe’s two decades of experience at the bar, including seven years as a QC and election as junior vice-president of the Victorian Bar Council, has enabled her to smash the Morrison Government’s glass ceiling for female lawyers in Victoria.

Ms Rofe is the first woman to join the Victorian Registry of the Federal Court since the Coalition came to power in 2013.
Over this same period, nine men have been appointed, including six by former Attorney-General Christian Porter.

Anyone who knows anything about the legal profession in Victoria knows that many of the state’s most talented, experienced and respected lawyers are women.
The Coalition’s appalling record is further evidence for why Australia needs a transparent and accountable judicial appointments policy, which will ensure those who are best qualified for the job will get the job. 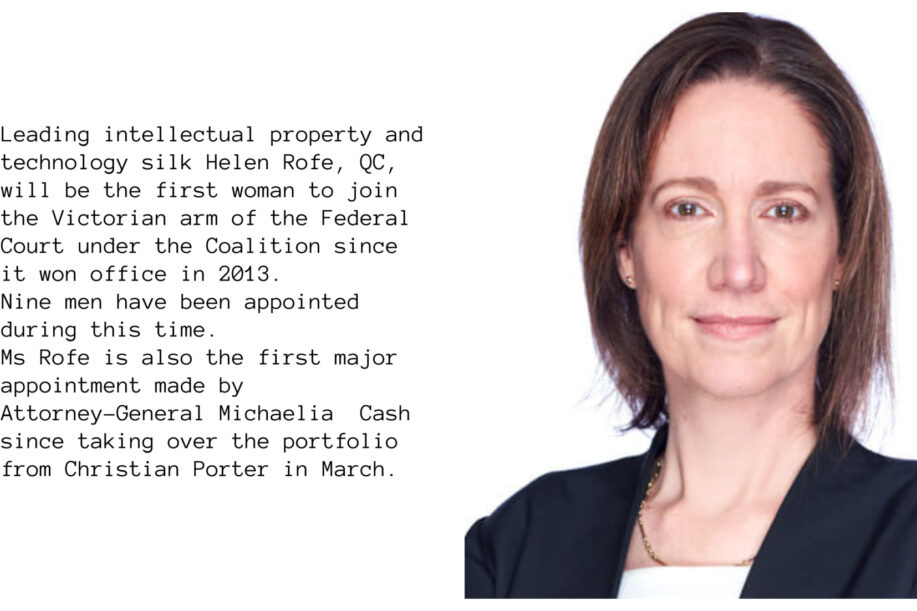