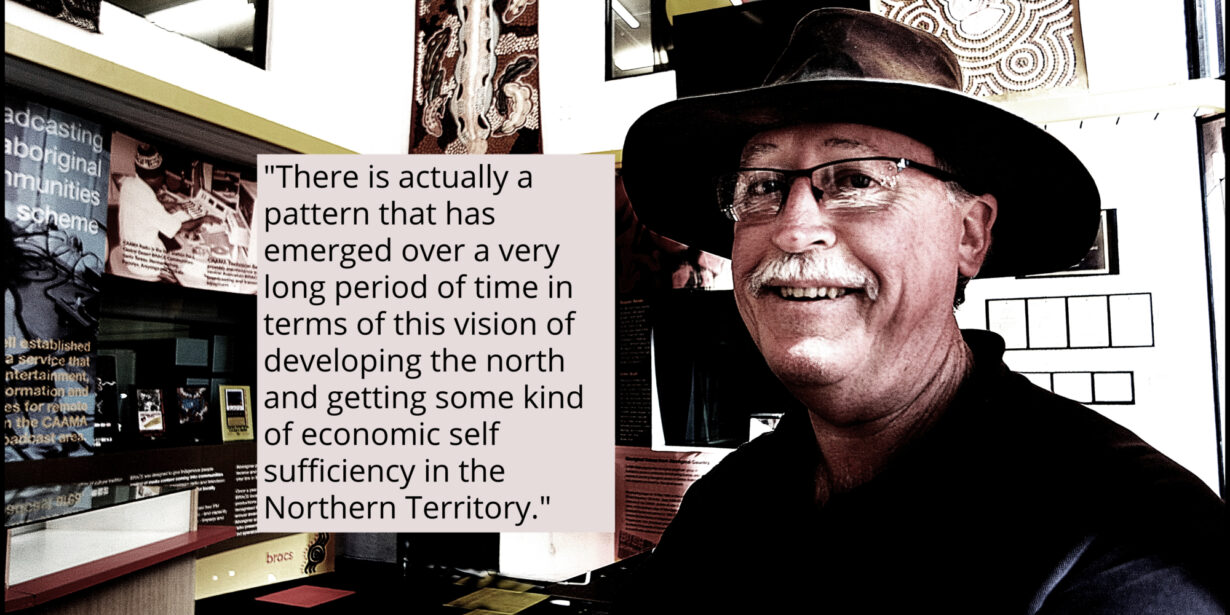 Veteran political observer says claims that oil, gas and fracking can provide economic self suffiency for the NT is " snake oil. "

"There is actually a pattern that has emerged over a very long period of time in terms of this vision of developing the north and getting some kind of economic self sufficiency in the Northern Territory."

In the 1950’s it was uranium mining that was going to be the big economic basis for the Terrritory. In the 1960’s it was oil and gas and from the mid 1960’s the argument was between piping the gas interstate or a pipeline up to Darwin and establishing an industrial base using the gas as a feedstock.

Local amateur historian and long time political observer Alex Nelson shares his thoughts on the aftermath of the 2020 election in the Northern Territory.