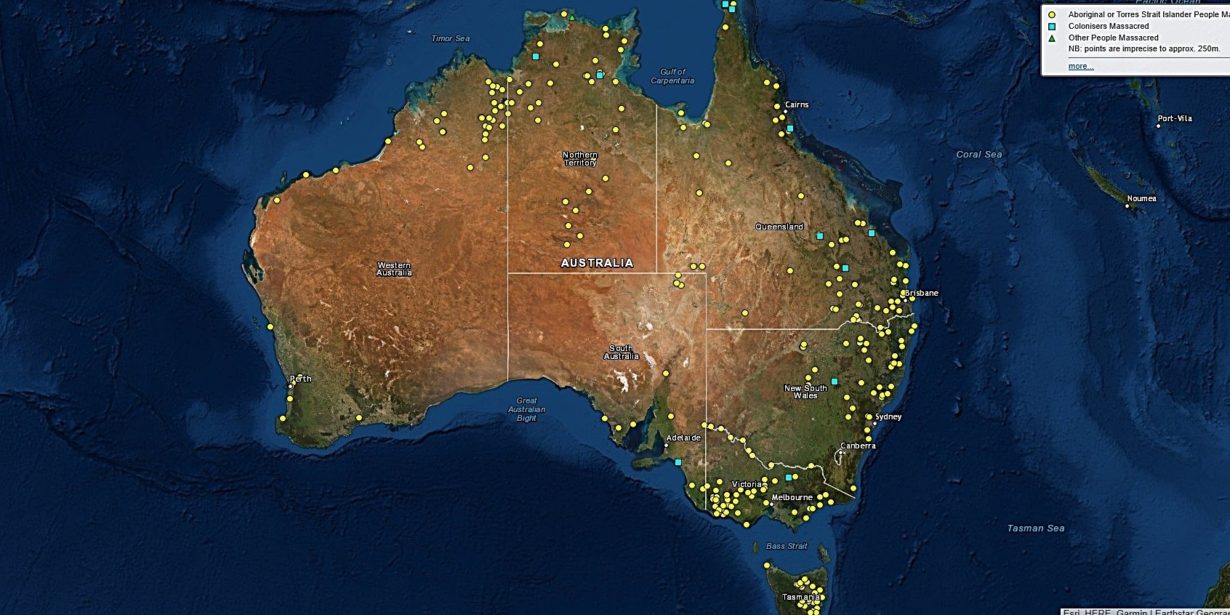 “This country was not peacefully settled, it was taken by brute force.” Professor Lyndall Ryan.

She is currently the Head of School of Humanities at the University of Newcastle.

In November 2013, Professor Ryan and Dr Jonathon Richards from the University of Queensland were awarded an Australian Research Council (ARC) Grant to pursue their enquiry into the massacres which took place on the Australian colonial frontier from 1788 through to 1960.

The project is designed to use new analytical methods to study how First Nations People and settlers were killed on the Australian frontier. Her Project includes mapping these sites, to create a historically accurate record of the Frontier Wars.

“We haven’t really focused enough on what the invaders did.”

“I think for all Australians it’s the evidence that these terrible things happened. We can’t deny it any longer, we can’t walk away from it.”

“We have to acknowledge that terrible things happened, with long lasting consequences.”

“This country was not peacefully settled, it was taken by brute force.”

“The map I see it as a beginning of truth telling and getting us on the road to reconciliation, and understanding who we are.”

“We’ll never move forward as a people… until we can acknowledge it.”

Professor Ryan says“I think there is a new generation of people who are wanting to know what happened, how it happened and how we can understand that. It is part of our history and we have to come to terms with it.” –