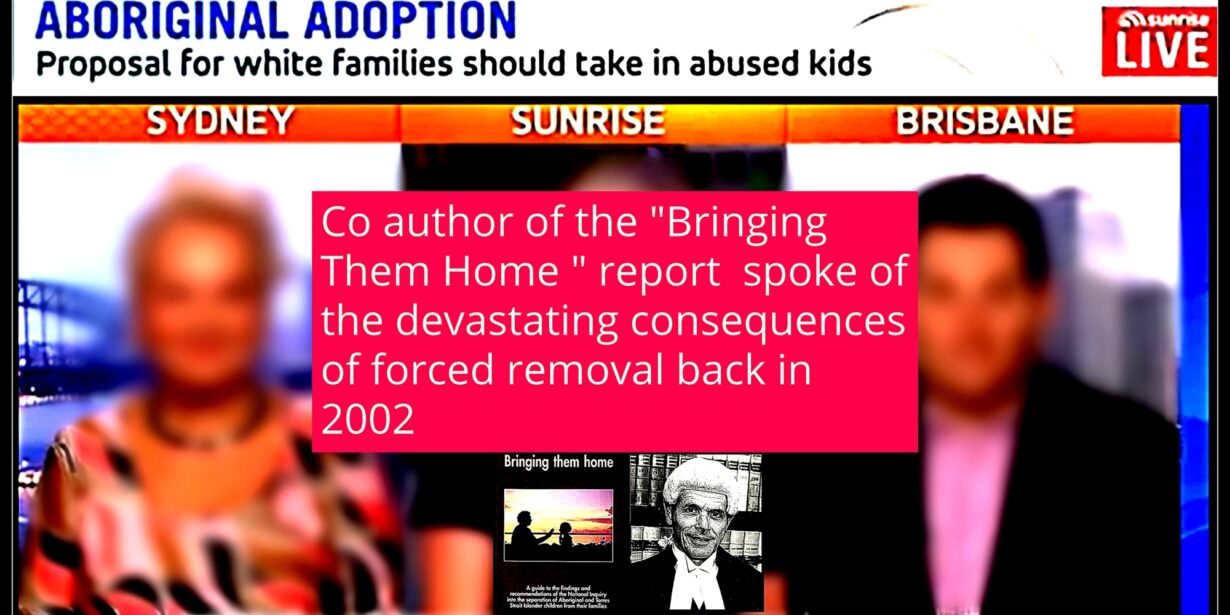 The reality of forced removal and the attempt to strip their Aboriginality...

In 2018 the Australian Communications and Media Authority ruled Sunrise had breached the Commercial Television Industry Code of Practice 2015 by including both a factual inaccuracy as well as inciting contempt or ridicule on the basis of someone's race.

ACMA found the segment incited contempt because it "directed very strong negative feelings towards Indigenous people, even though this may not have been the licensee's intention"

On August 11, 2000, Australian Federal Court judge Justice Maurice O'Loughlin dismissed a test case on the federal government's liability for the “Stolen Generations” ruling that government officials had lawfully taken two Aboriginal children from their families in the 1940s and 1950s


Following 106 days of hearings that involved 60 witnesses, Justice O'Loughlin declared that Lorna Cubillo, 62, and Peter Gunner, 53, had failed to prove that the Commonwealth authorities had ignored their best interests by removing them from their families… subsequently rejecting their claims for compensation from the federal government.

The Howard government had initially tried to prevent the evidence from being heard altogether and the government's barristers treated Cubillo and Gunner and their witnesses with contempt, continually browbeating them in cross-examination, trying to undermine their credibility and reliability.