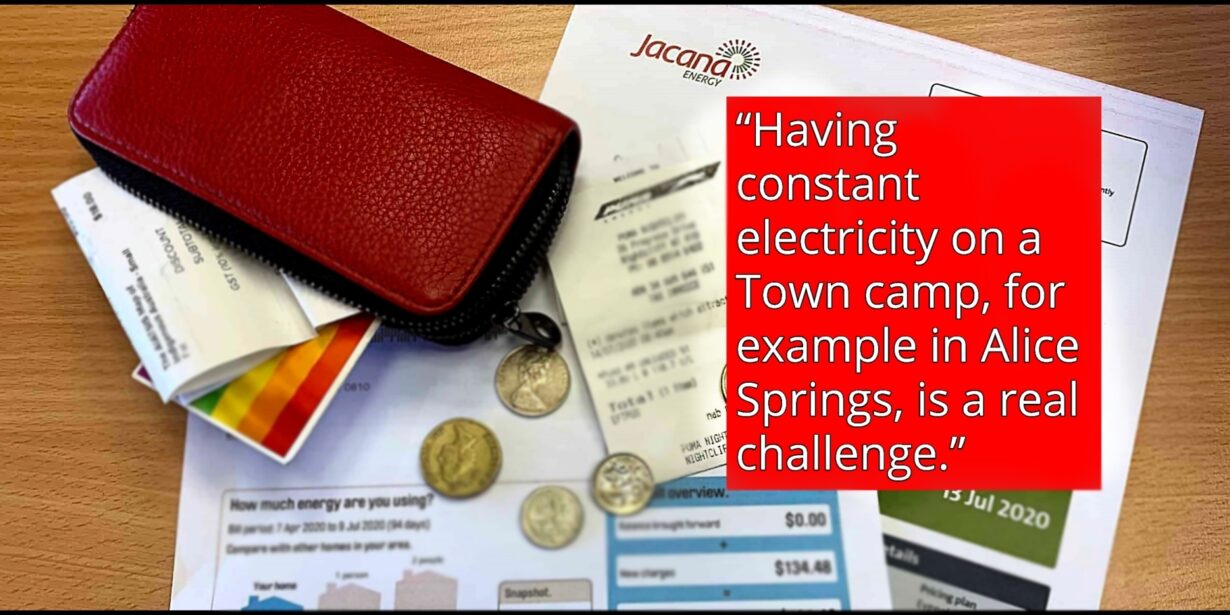 Territorians are being disconnected at three times the national average....

“Having constant electricity on a Town camp, for example in Alice Springs, is a real challenge.”

“When we look at people who are in urban areas who are using SMART METERS. So that’s most of town camps across the NT Territory Alice Springs and Darwin. 62% of households where disconnected at least once in the 2018/19 year. So that means it was an average of 7.7 hours without electricity.”
“People on low incomes are paying 8.8% of their income on electricity, and that’s double the rate that people are paying if they’re on an average income.”

On the eve of the writs being issued for the 2020 NT Election, the Northern Territory Council of Social Service (NTCOSS) will be challenging our political leaders on how they plan to deliver economic growth and social prosperity for all Territorians.

Questions across five key policy areas will be put to Natasha Fyles, from Territory Labor; Lia Finocchiaro from the Country Liberal Party; Terry Mills from Territory Alliance; and Billee McGinley from NT Greens.

The Debate will also be livestreamed on the NTCOSS Facebook Page and at https://ntcoss.org.au/2020-nt-election/