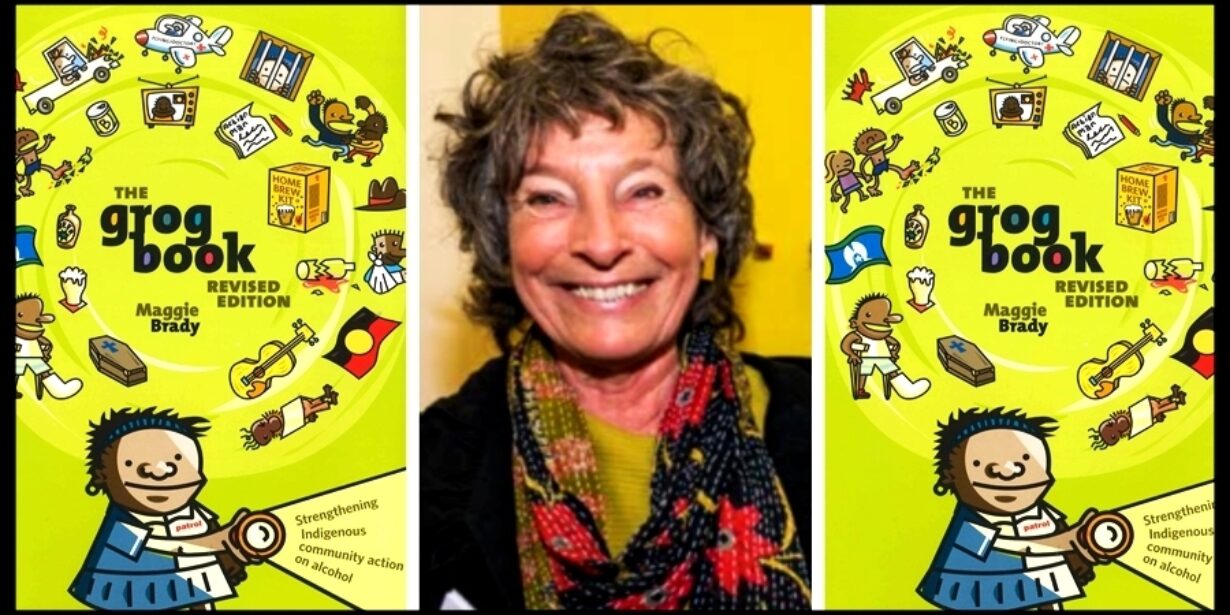 Maggie Brady is a social anthropologist with a background of fieldwork dealing with Aboriginal health and land issues in the Northern Territory, South Australia and Western Australia. She has worked primarily on alcohol misuse and other substance abuse such as petrol sniffing since the late 1970s. She has undertaken studies of drinking in Aboriginal communities, in Tennant Creek (1984) and Alice Springs (1999); examined licensing restrictions in South Australia (2001); and has created and tested practical resources to assist front-line drug and alcohol workers and primary health practitioners. She researched the diet and lifestyle of Aboriginal people on whose land the Maralinga atomic tests were conducted, and contributed to the (1985) Royal Commission into British Nuclear Tests in Australia on behalf of southern Aboriginal groups, as well as the post-Royal Commission technical studies.

In 1998 Maggie published the first edition of a book of community development strategies for managing alcohol problems - The Grog Book - winning an Australian Award for Excellence in Educational Publishing. A revised edition was published in 2005. Maggie is also a University Medal winner, receiving the JG Crawford Prize for her PhD thesis in 2000. Her interests include health and alcohol policies for indigenous peoples in Australia and internationally, the role of primary health care in alcohol interventions, and more recently, Aboriginal social enterprises and the liquor industry.