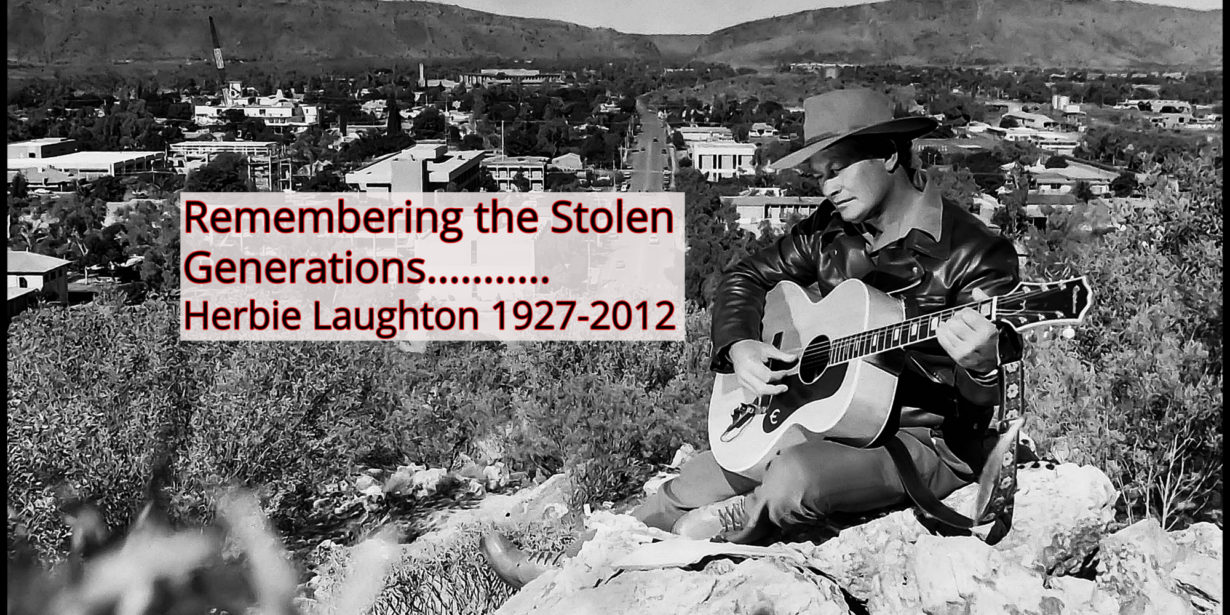 National Sorry Day is an Australia-wide observance held on May 26 each year. This day gives people the chance to come together and share the steps towards healing for the Stolen Generations, their families and communities.

Herbert Patrick Laughton, (7 February 1927 - 2 December 2012) was a country singer from Alice Springs in the Northern Territory. He was also a member of the Stolen Generations.

The son of a Russian miner Simon Reif and Arrernte woman Amy Colley, Herbie was taken from his mother as a toddler and sent to the Jay Creek settlement.

Jay Creek settlement,48 kilometres west of Alice Springs was abandoned due to lack of water forcing the people to walk back to the Alice Springs Telegraph Station or “Bungalow”.

Herbie Laughton shared his personal story with CAAMA Radio in 2000.