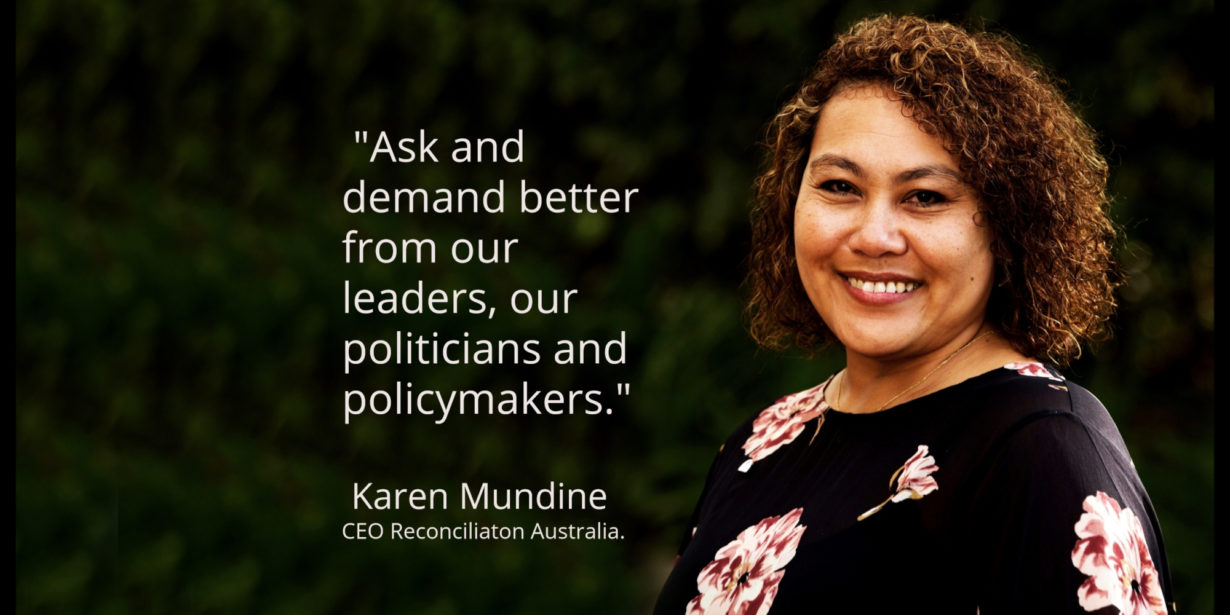 Reconciliation Australia boss wants the same concern and outrage the world is feeling for African Americans to translate to Deaths in Custody, and things that continue to happen in Australia.

Karen Mundine is from the Bundjalung Nation of Northern NSW.

Over the course of her career, she has been instrumental in some of Australia's watershed national events including the Apology to the Stolen Generations, Centenary of Federation commemorations, Corroboree 2000, and the 1997 Australian Reconciliation Convention.

Ms. Mundine urges that we need to come together as an Australian community more than ever. There are several ways the wider Australian community can get involved and support First Nations people. "Being across and aware of the issues that are facing Aboriginal and Torres Strait Islander people becomes important for educating yourself. It's about what it means to be an ally. How do your show support?... That's about questioning you own part in this, your own education…It's speaking up when you hear things that are perhaps, racist or discriminatory and using your voice as a citizen who can vote, to ask and demand better from our leaders, our politicians and policymakers."

“What I hope most Australians will take out of what they’re seeing on our televisions, that’s happening in the United States. Is that they recognize …the actions and incidents that have happened there, have been happening in Australia. I hope that the concern and outrage they feel for African Americans, and the Black Lives [Matter] movement, also translates to Deaths in Custody, and things that continue to happen in Australia. I hope it spurs people on, to demand better of our system.”

To find out more about getting involved visit : https://www.reconciliation.org...