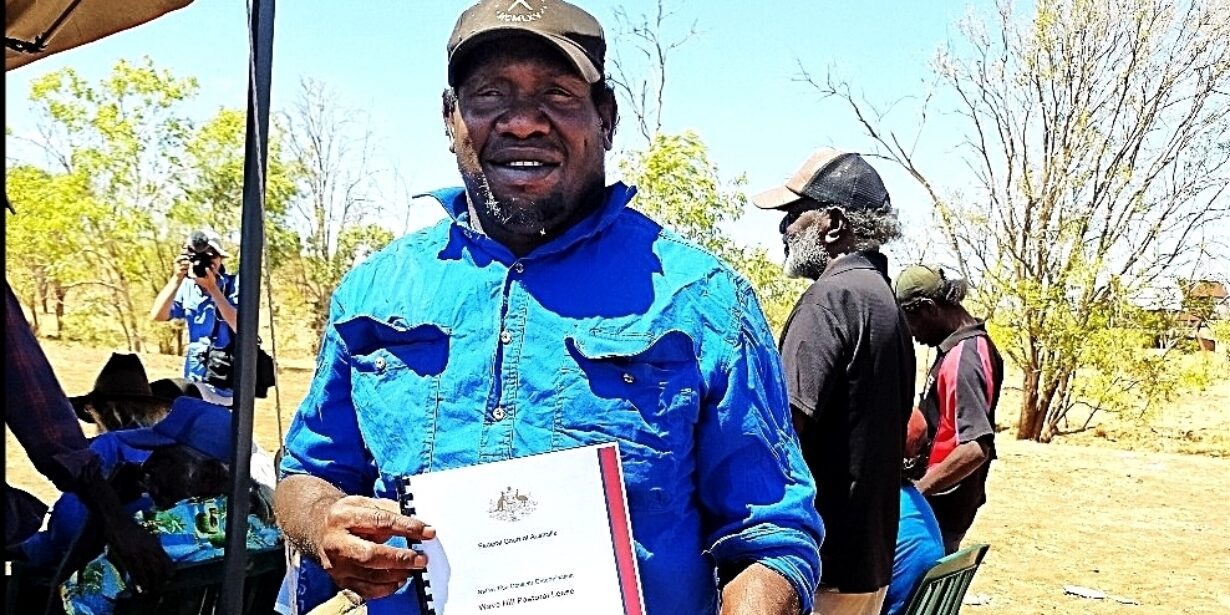 "I was just standing there looking at the country - I had a bit of tears in my eyes."

The Gurindji people were promised their land back in 1975 when then-Prime Minister Gough Whitlam poured soil from the station into Mr Lingiari's hand.. but they only gained a pastoral lease to a part of the station before obtaining land rights to another 3000 square kilometres in 1986.

The native title rights of the families of the other Indigenous landowners who followed Gurindji leader Vincent Lingiari in the walk-off have also been recognised.