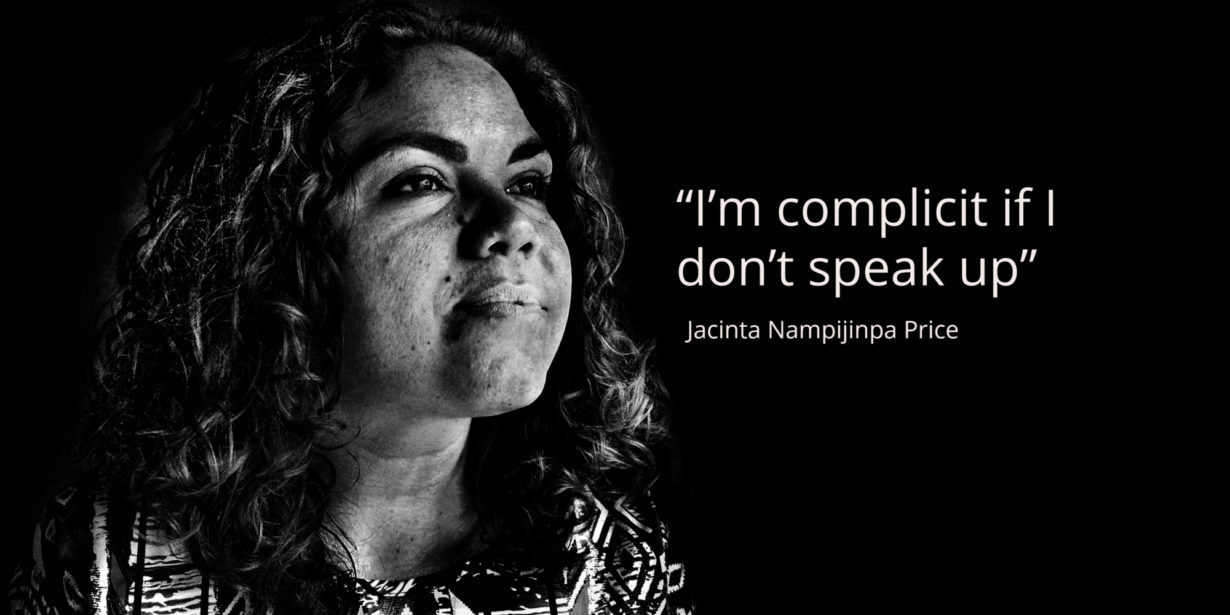 Getting to know Jacinta.....

"I believe there's this notion that if you're an Aboriginal person you have to think in a particular way, you have to agree with the mob and mob rule, and if you don't, your often vilified for it which is what I experience." Jacinta Nampijinpa Price.

Jacinta Nampijinpa Price is a Warlpiri/Celtic woman from Alice Springs. She has worked as a Cross-Cultural Consultant for nearly 20 years to create an understanding between Indigenous and non-Indigenous Australians. She is deeply involved in her community as well as communities throughout the Northern Territory.

As an elected member of the Alice Springs Town Council, Coun­cil­lor Price is pas­sion­ate about improv­ing the lives of indige­nous chil­dren, address­ing tough issues such as domes­tic vio­lence and help­ing build a uni­fied community.

Speaking with CAAMA journalist Josef Jakamarra Egger, Ms. Price sheds some light on her insight and perspective in this 2-Part series ‘Getting to know Jacinta’.