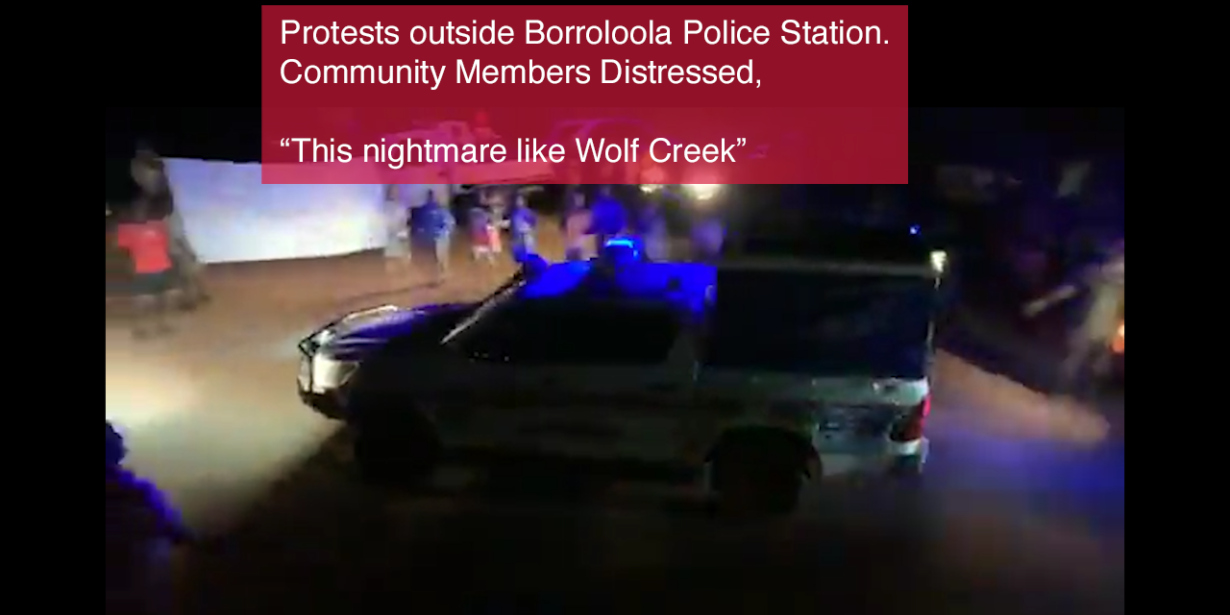 Community members distress.... “they experienced this nightmare like Wolf Creek”.

Late last week we reported on a disturbing incident on the Carpentaria Highway, near Borroloola, where a local family were allegedly chased and had shots fired at them by a pursuing vehicle. Since the incident, assault and firearm charges have been laid against two men allegedly involved in the incident, and another is being investigated.

The weekend following the alleged incident, locals gathered outside the Borroloola police station where they believed the alleged perpetrators were being held.

Maria Pyro, the mother of the driver of the car that was chased says that the community were not protesting the police action, but the perpetrators themselves.

Ms Pyro recounts the night of the incident where she thought she might have lost her son.

Shay Wright, who was a passenger in the fleeing vehicle, recalls the incident from her perspective.