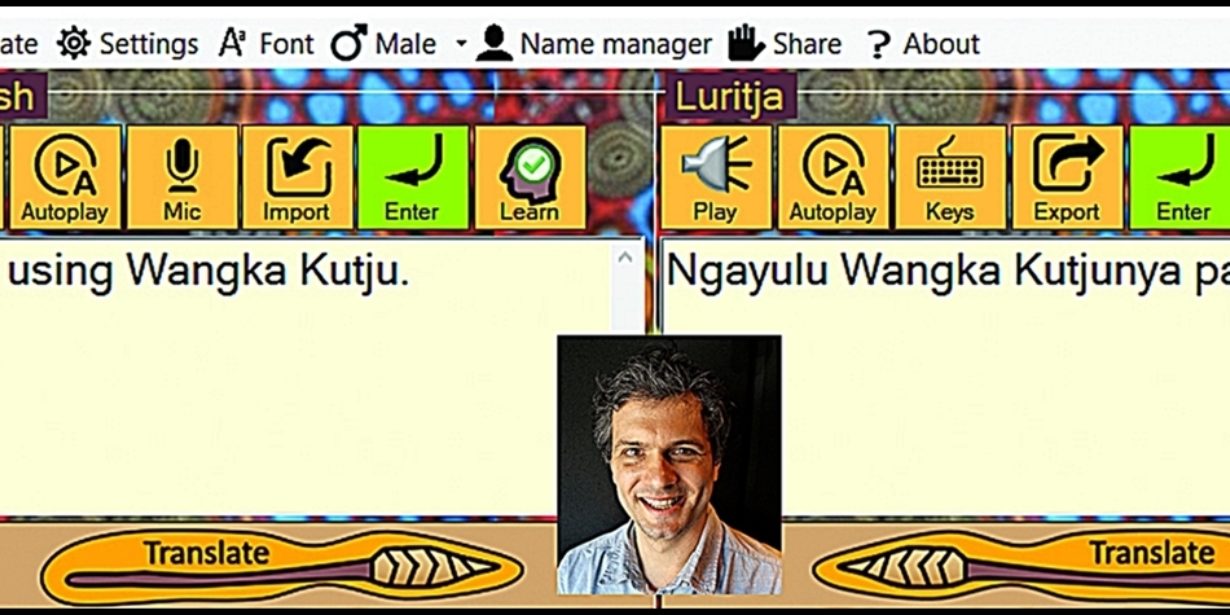 Closing the gap in a truly practical way !

“The idea that local languages are irrelevant to the workplace is a self-fulfilling prophecy; the English-speaking workplace only sustains itself because local people are not skilled into positions of management. While it is true that language is important for preserving cultural identity, we should also argue that it is an essential tool for operating in the local economy. School curricula should not sideline language as a superfluous add-on, but embed it into student career paths in health, law, education, commerce and all other fields that are relevant to building a strong community.”

Wangka Kutju’ – the first software to provide real-time, sentence level translation between English and Pintupi-Luritja, was developed with renal patients at the "Purple House ".

Wangka Kutju which means "one language" is the first realtime digital language translator enhance which allows the the Purple House model of care to continue by supporting two-way learning and relaying important information to, and from, the people it supports.

Brendan Kavanagh who has worked extensively in China and the Northern Territory over the past ten years experience held twice-weekly sessions over six months working with nurses and Pintupi Luritja speakers to teach the app specific medical terminology that nurses at Purple House needed to communicate to patients.