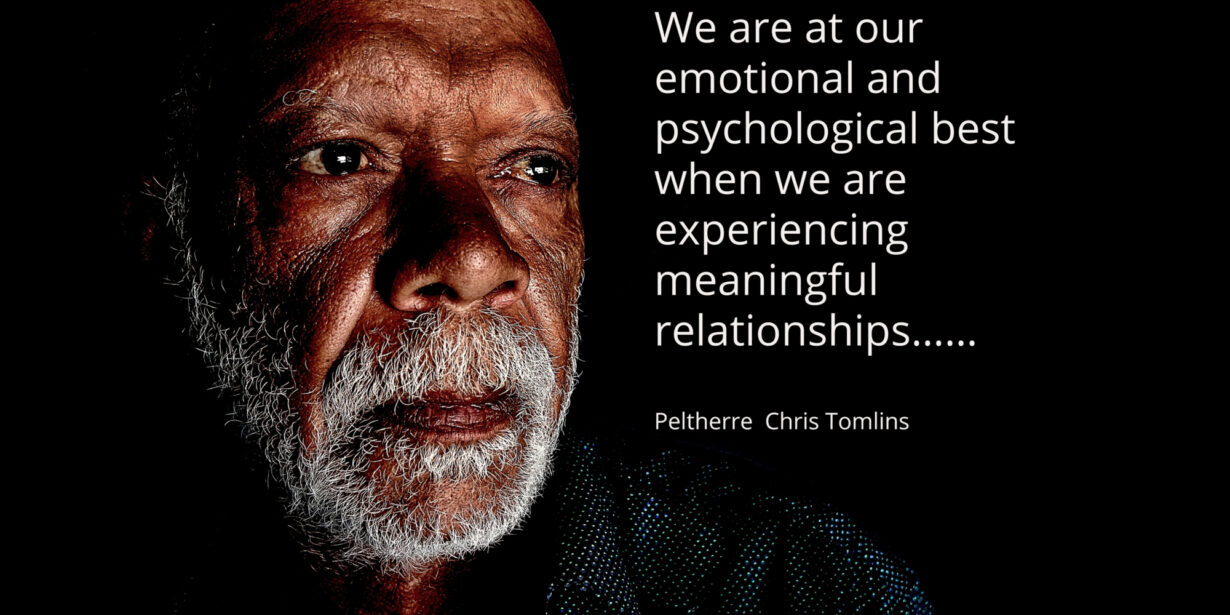 Uncle Chris has been involved in the land rights movement since the early 80s and was instrumental in establishing and running Yipirinya, a bilingual, two-way learning primary school for bush kids in Alice Springs. “I took my activism skills out of politics and legalities, into the healing and the people movement, the people’s healing.”

Since attending the Aboriginal Tent Embassy as a delegate of the Freedom Summit in 2015, Chris has been travelling the countryside as a voice for Country and an activist of peace, lending his support to many actions, often involving the protection of sacred sites.

“These sacred sites are our spiritual connection, they are our stories of creation, before man and woman. They are about Mother Earth and all the animals that were here before us.

Uncle Chris is a custodian, a peaceful protector of his country and and a passionate activist. Among other things, he supported actions such as ‘Close Pine Gap’, Indigenous Sovereignty, and recognition of the Frontier Wars.

Pine Gap is the extensive US military and intelligence base that occupies Aboriginal lands of the Arrernte people, the original custodians of country. The Arrernte were never asked for their permission to build Pine Gap on their land.

“As the lawful custodians we are responsible for what occurs on our land and the harm it brings to the rest of the world. The activity of the facility at Pine Gap has implicated us in criminal military actions, which threatens the dignity of all people, implicates us in war crimes and generates instability and conflict around the globe as a consequence of US imperialism.”