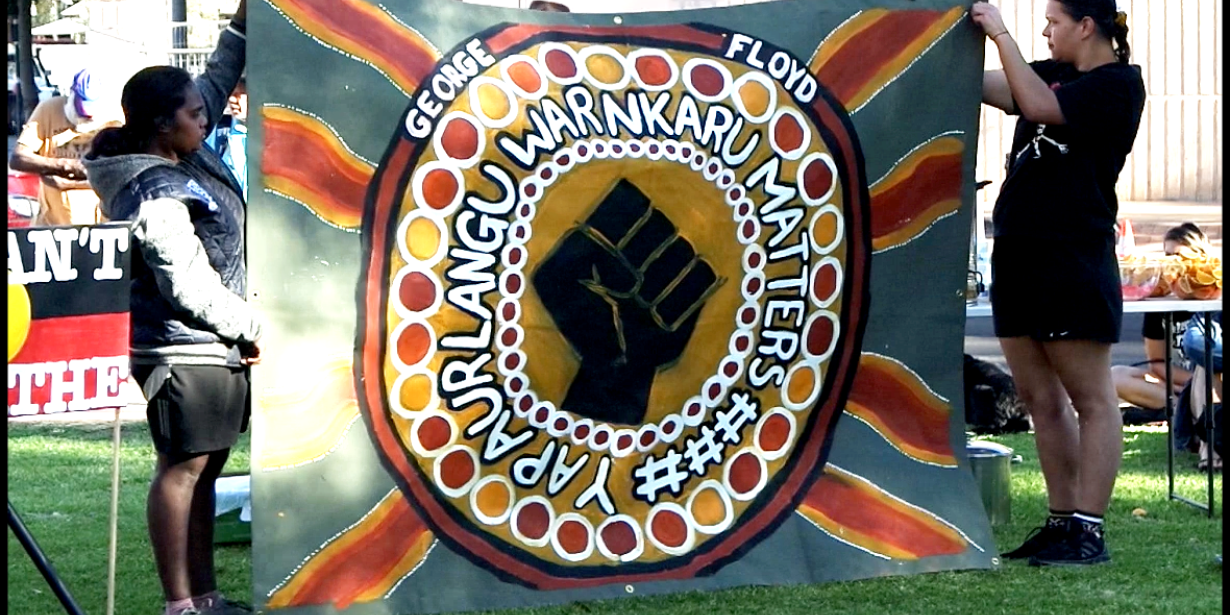 Thousands of people protested across Australia at the weekend against the deaths of First Nations people in police custody.

The protests in capital cities and regional centres across Australia were largely peaceful…. and followed Black Lives Matter protests held around the world.

Tens of thousands of people marched through Sydney after winning a last ditch effort to hold the rally.

In Adelaide, State Police Commissioner Grant Stevens granted an exemption for the rally to go ahead. Thousands turned out to the rally held at Victoria Square in the CBD

More than 500 people gathered on the courthouse lawns In Alice Springs for a "peaceful vigil in memory of George Floyd and all lives lost to police and incarceration both nationally and internationally".