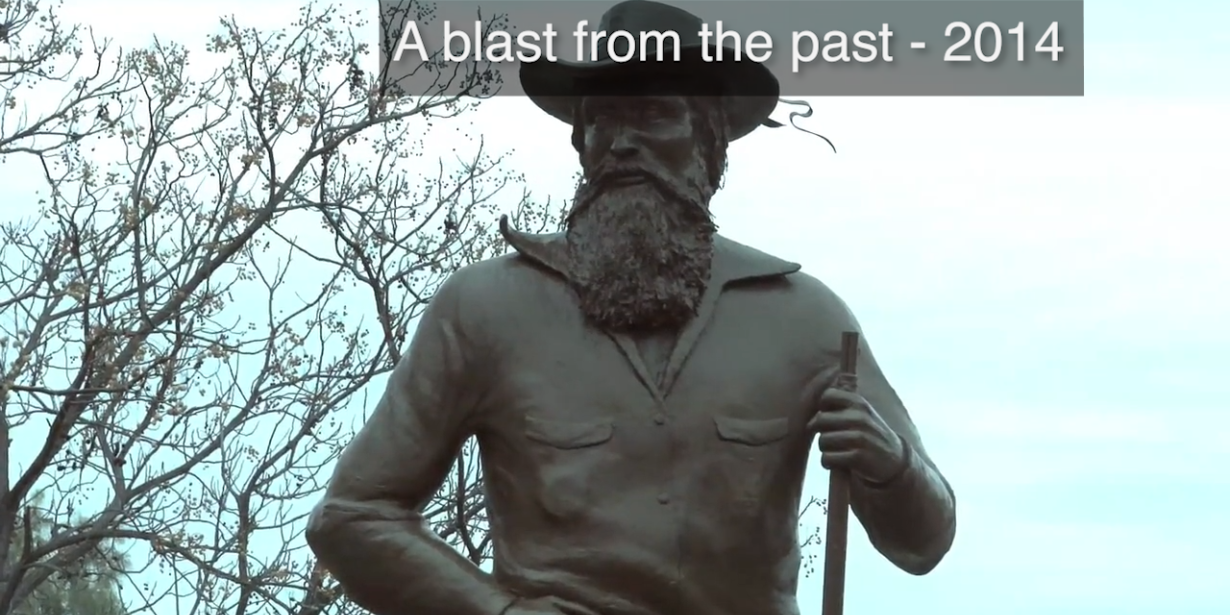 During the ongoing global Black Lives Matter protests, statues linked with historical racist figures are being toppled over.

CAAMA presents a news report from 2014, of protests over the John McDouall Stuart Statue shortly after it had been erected at the Alice Springs Hospital Lawns.

Hear traditional owners share their views and family stories of the massacres, and learn the facts on why Stuart’s statue has a giant rifle… and it wasn’t for hunting !