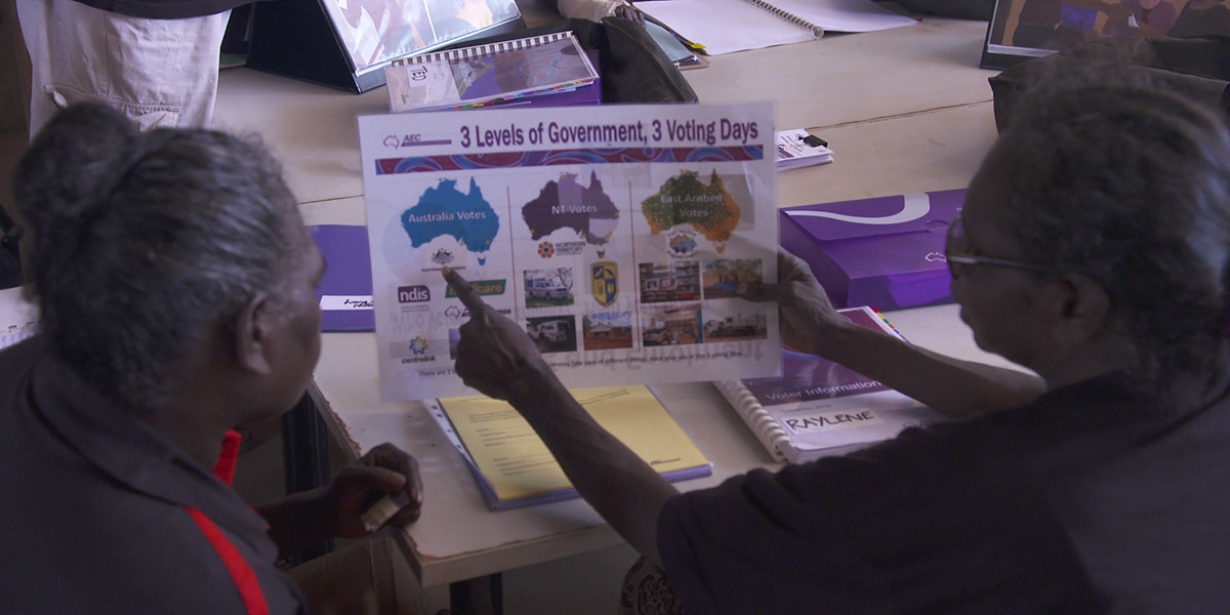 The Federal Election has been called and while politicians around the country have started their campaigns, the Australian Electoral Commission (AEC) have announced their own campaign for everyone to enrol so that you can have your say.

The AEC has created Indigenous language videos translated into 12 Aboriginal and Torres Strait Islander languages, including several in Central Australia, to support electoral participation in remote communities in the NT for the upcoming federal election. The videos explain in language how to enrol, how to vote and also how to gain employment with the AEC during the federal election.

You can watch those videos at www.aec.gov.au/indigenous - and just a reminder that the latest date to enrol by is April 18 for this election.

Philippe Perez spoke to the AEC’s Northern Territory Manager Geoff Bloom about what people in the NT need to know to enrol in the NT.