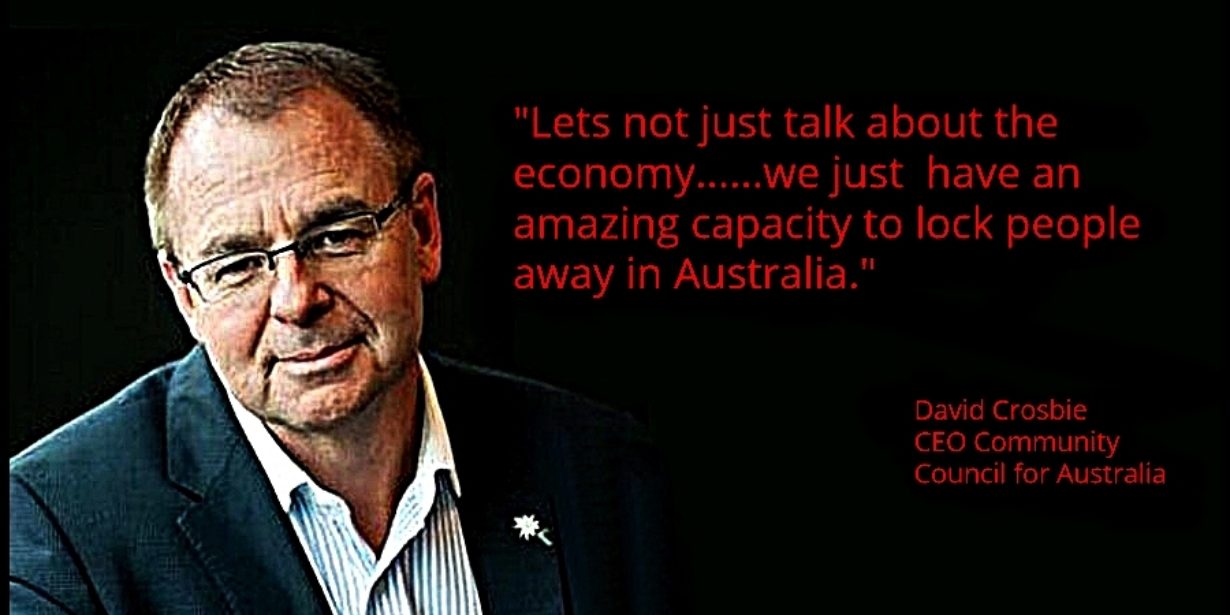 "There is more about this country than money" - why politicans need to get back in touch !

A new report by the Community Council for Australia reveals more people now die by suicide than the road toll, terrorism, violence, and most diseases.

The rate of suicide amongst Aboriginal and Torres strait Islander is currently double that of non-Indigenous Australians.

Current incarceration rates are double that of most European countries and higher than any country in Western Europe.

David Crosbie CEO of the Community Council for Australia says by any international comparison,  far too many people are locked  away in Australian prisons.

The report highlights Australians give significantly less to charity than individuals in the USA, Canada and the UK. And clearly continues to slip further down on the International Corruption Scale

Mr Crosbie tells Paul Wiles the report makes very alarming reading and as a nation we can only hope it stimulates  key debate about the many issues which it raises.

Listen to the  full interview here :