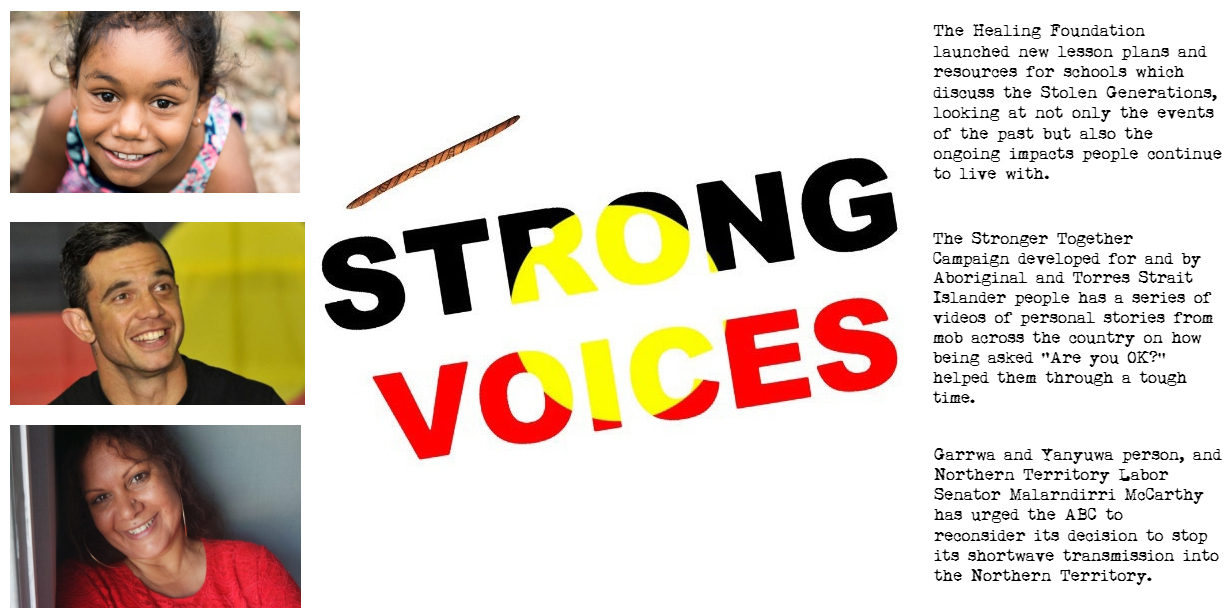 On the program today:

• Earlier today the Healing Foundation launched new lesson plans and resources for schools which discuss the Stolen Generations, looking at not only the events of the past but also the ongoing impacts people continue to lives with.

• The Stronger Together Campaign developed for and by Aboriginal and Torres Strait Islander people has a series of videos of personal stories from mob across the country on how being asked “Are you OK?” helped them through a tough time.