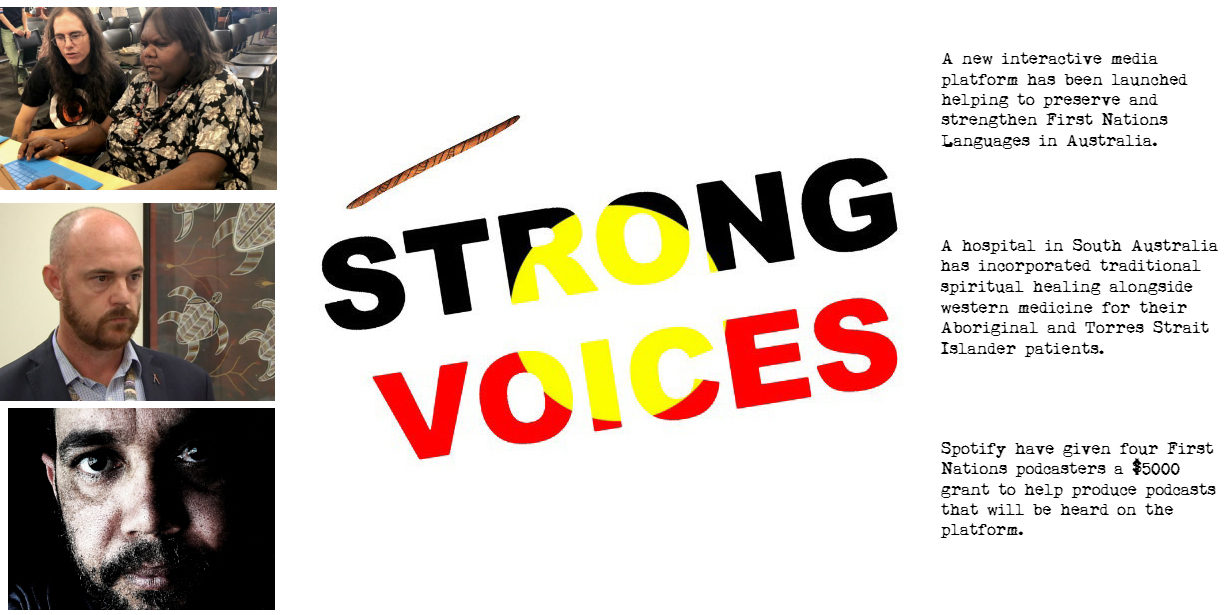 - A hospital in South Australia have incorporated traditional spiritual healing alongside Western Australia medicine for their Aboriginal and Torres Strait Islander patients.

- A new interactive media platform has been launched helping to preserve and strengthen First Nations Languages in Australia. Indigenous Community Television, ICTV, held the official launch of the project late last week. Today we will hear from those involved in the project.

- Spotify have given four First Nations podcasters a $5000 grant to help produce podcasts that will be heard on the platform. It’s part of a global initiative called Sound Up, giving people of colour an opportunity to tell their stories.