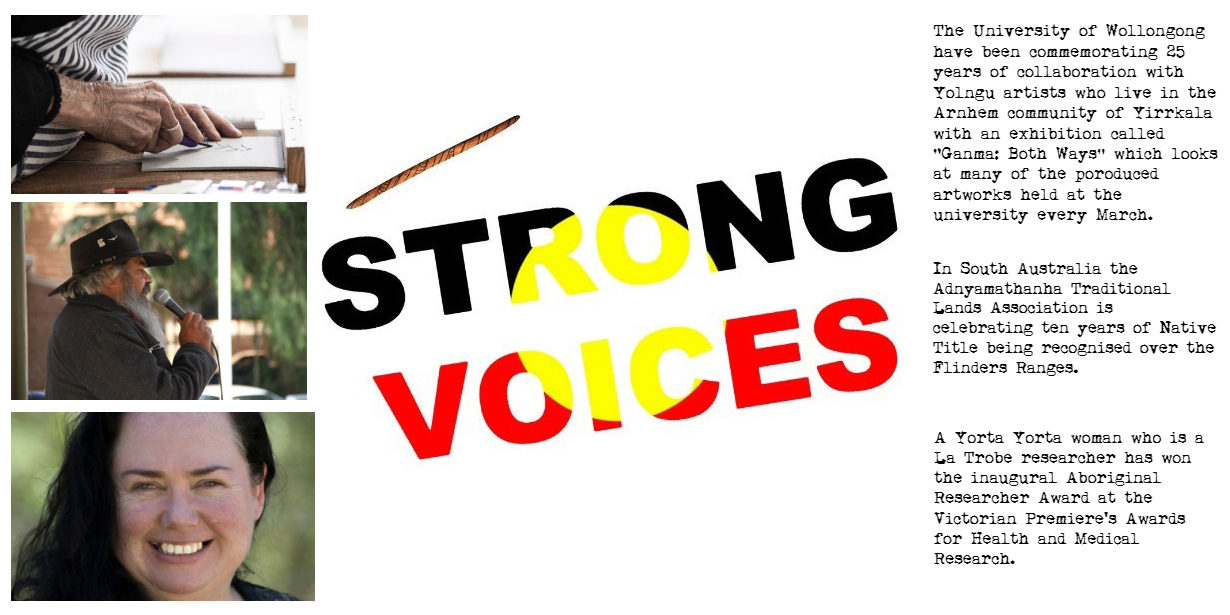 On the program today:

• Story 1: The University of Wollongong have been commemorating 25 years of collaboration with Yolngu artists who live in the Arnhem community of Yirrkala with an exhibition called “Ganma: Both Ways” which looks at many of the produced artworks held at the university every March.

• Story 2: A Yorta Yorta woman who is a La Trobe researcher has won the inaugural Aboriginal Researcher Award at the Victorian Premiere’s Awards for Health and Medical Research. Her work looks at perspectives of First Nations child rearing in ten Aboriginal communities, which she hopes will grow peoples understandings.

• Story 3:We Head down to south Australia where the Adnyamathanha Traditional Lands Association is celebrating ten years of Native Title being recognised over the Flinders Ranges.