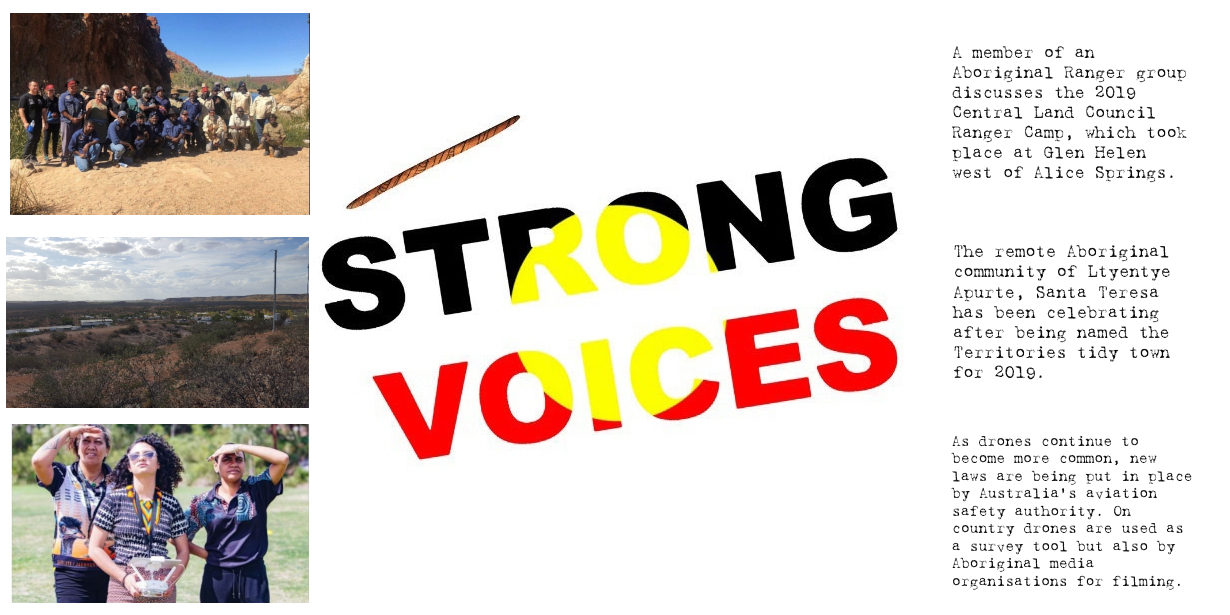 • Today we hear from another Aboriginal Ranger group who were at Glen Helen more than 100km west of Alice Springs for the 2019 Central Land Council Ranger Camp.

•  The remote Aboriginal community of Ltyentye Apurte (Santa Teresa) has been celebrating after being named the Northern Territories tidy town for 2019.

• As drones continue to become more common, new laws are being put in place by Australia’s aviation safety authority. On country drones are used as a survey tool but also by Aboriginal media organisations for filming. We will hear from Grant Cameron, an Indigenous Digital Excellence drone pilot.