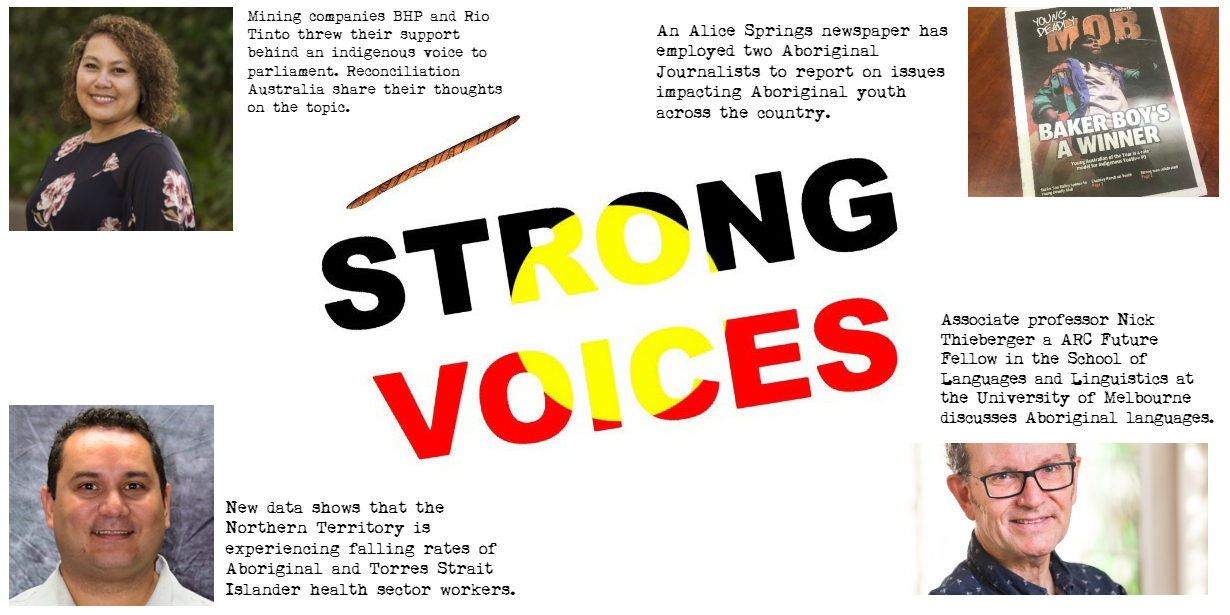 On today's program we take a look back at some of the interviews played on Strong Voices throughout the week.

• In what some described as a watershed moment, mining companies BHP and Rio Tinto threw their support behind an indigenous voice to parliament. Reconciliation Australia share their thoughts on the topic.

• An Alice Springs newspaper has employed two Aboriginal Journalists to report on issues impacting Aboriginal youth across the country.

Also in Canberra the Language Keepers: Preserving the Indigenous Languages of the Pacific will be held on the 9th and 10th. Associate professor Nick Thieberger a ARC Future Fellow in the School of Languages and Linguistics at the University of Melbourne discusses Aboriginal languages.