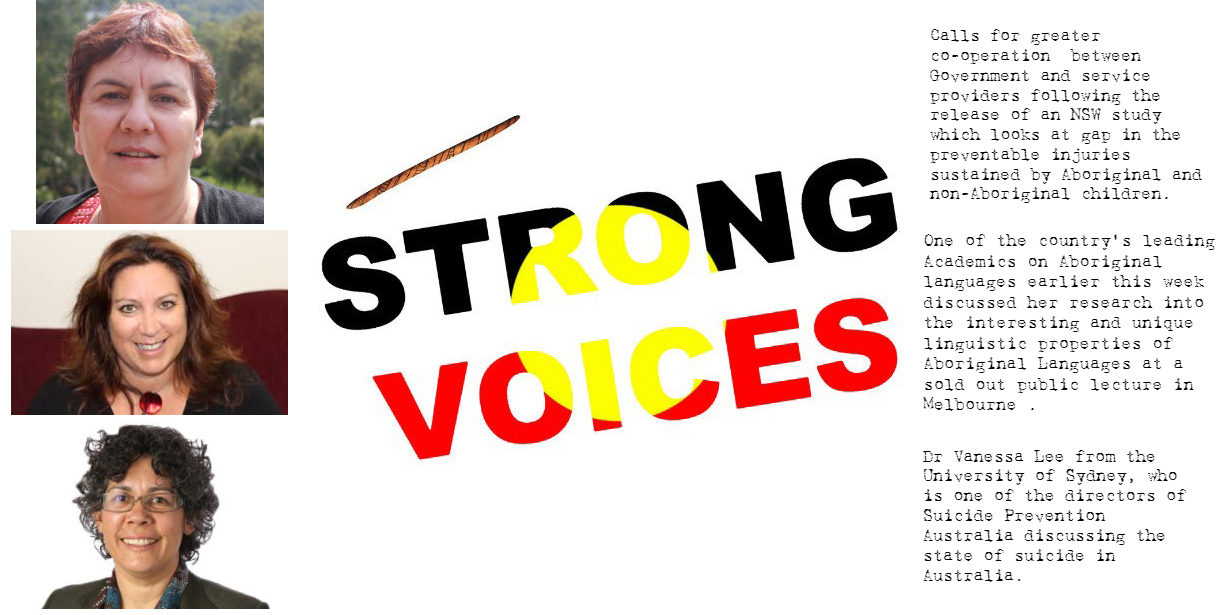 • Dr Vanessa Lee from the University of Sydney, who is one of the directors of Suicide Prevention Australia discusses the state of suicide in Australia

• Calls for greater co-operation  between Government and service providers following the release of an NSW study which looks at gap in the preventable injuries sustained by Aboriginal and non-Aboriginal children.

• One of the country’s leading Academics on Aboriginal languages earlier this week discussed her research into the interesting and unique linguistic properties of Aboriginal Languages at a sold out public lecture in Melbourne .