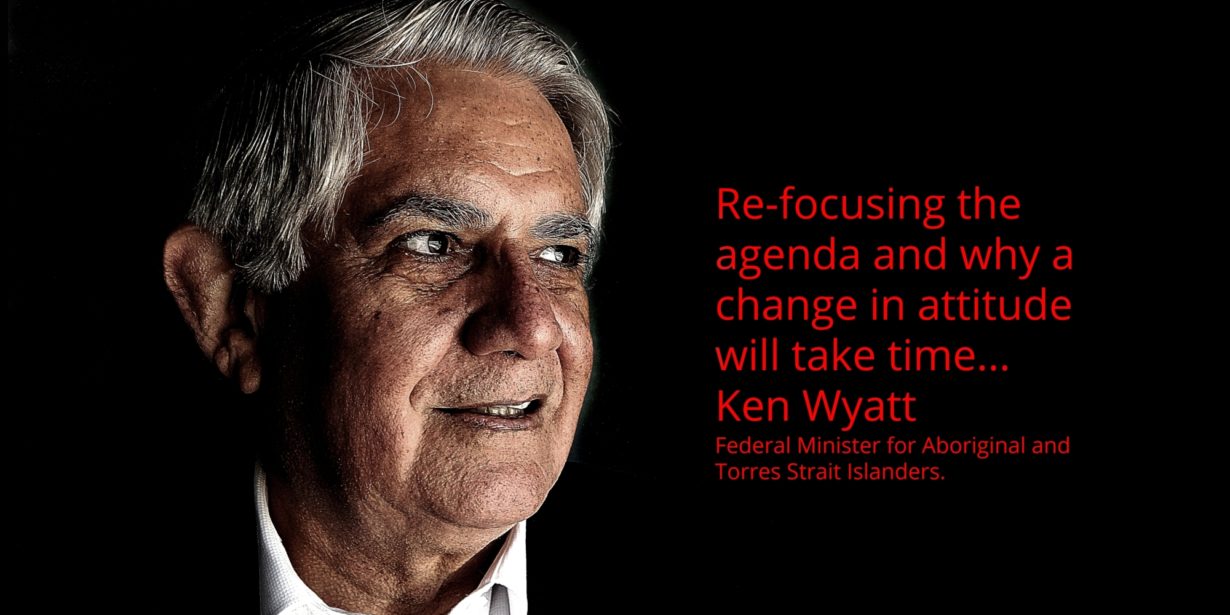 Ken Wyatt on refocusing the agenda of Indigenous Affairs...........

The first Aboriginal person to be sworn in as the Federal Minister for Indigenous Affairs says work will be done within the department to re focus the agenda and achieve better outcomes for the First Nations.

Ken Wyatt, whose appointment made Australian political history says a change of attitude within the department will take time.

A Noongar with Yamatji and Wongi heritage Mr Wyatt says he has already raised within his department the possibility of changes around job creation in Aboriginal communities.

Speaking on CAAMA RADIO Mr Wyatt says while the expectations of his people will be significant and he will not fix every problem… there is a great opportunity over the next three years to look at things differently.