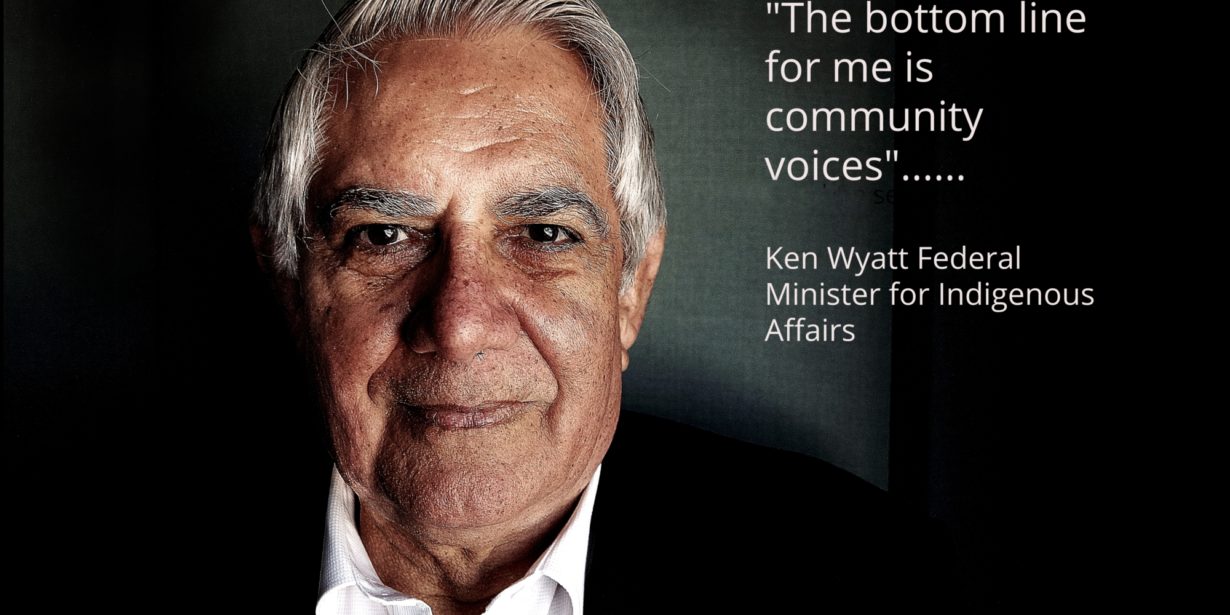 Ken Wyatt .In one sense "The Voice" to Parliament isn't defined.

The first Aboriginal man elected to the Federal House of Representatives, Noongar man Ken Wyatt says in some communities there is still a degree of confusion around what "The Voice" to Parliament would and should look like.

The Federal Minister has responded to aspects of the Uluru Statement from the Heart…while also admitting the coalition governments non acceptance of a constitutionally recognized voice…now means he is limited to what he can deliver.