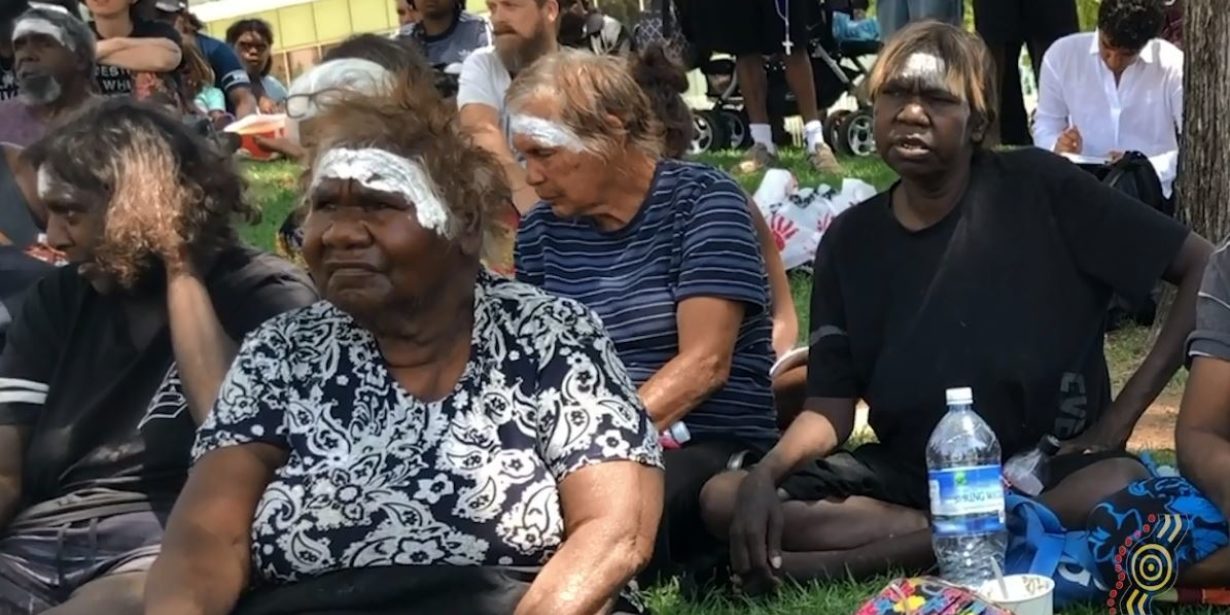 Yuendumu residents and supporters gathered outside the court house in Mbantua Alice Springs on Thursday to hear the courts response to a request to relocate the trial of the police officer charged with murder to Darwin.

The Magistrates Court was considering the move following a submission by the 28-year-old police officers defence counsel.

David Edwardson QC who appeared for the charged officer said due to the massive amounts of mainstream and social media coverage and the inflammatory public commentary Alice Springs is an unsuitable location for the case to take place.

While the Crown did not oppose the application it said moving the hearings to Darwin would put Mr Walkers family at a significant disadvantage.

Speaking outside the court Yuendumu Senior Elder Robin Granites told the gathering that the family and community want the case to proceed in a peaceful way.

Co-deputy on the Yuendumu Select Committee Valarie Martin, says because of the healing process and travel costs the family of Kumanjayi Walker and the community want the hearings to take place in Alice Springs.

Samara Fernandez Brown a cousin to Kumunjayi Walker who is also co-deputy of the committee says the movement isn’t anti-police but is against police brutality and everyone is simply looking for justice.