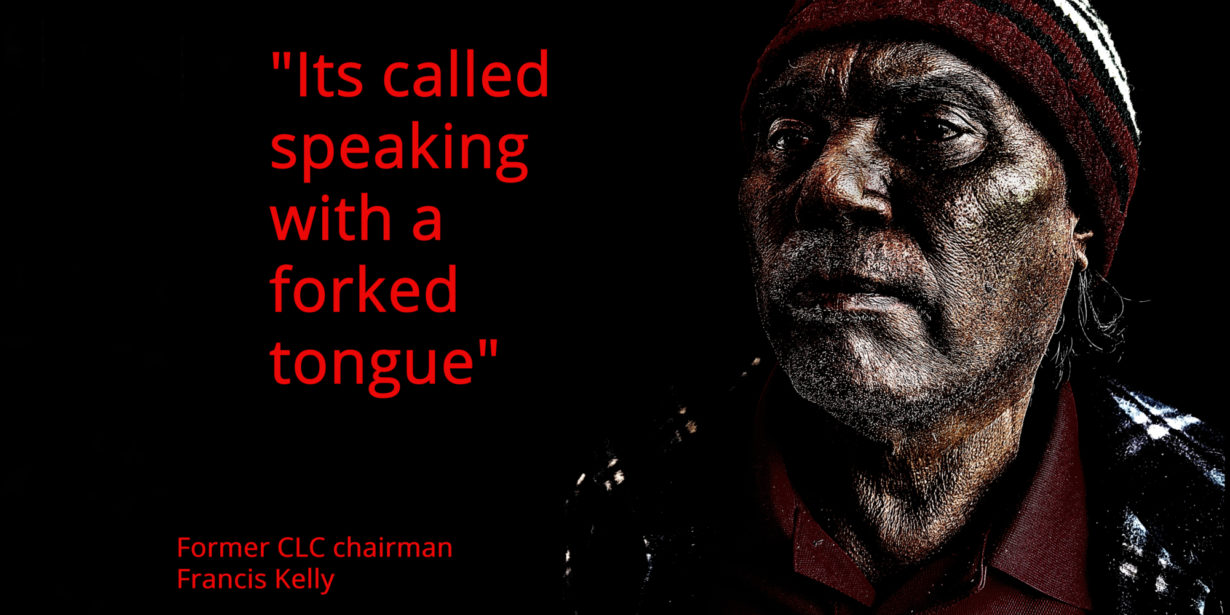 "Its called speaking with a forked tongue"...former CLC Chairman opens up !

The former chairman of one of Australia’s most powerful Aboriginal Land councils has sent a stern message to the new Morrison coalition government…. start listening and act on your promises !

The Central Land Council represents and provides services to Aboriginal traditional owners and residents that own more than 417,000 square kilometres of freehold land across the southern half of the Northern Territory. Much of this land is home to vast mineral wealth.

Walpiri man Francis Jupurrurla Kelly who was chairman of the Central Land Council for 6 years says he became tired of hearing Governments tell his people what they were “ gunna” do to help them.

Speaking on CAAMA Radio Mr Kelly is also critical of how Government interference prevents Aboriginal parents from disciplining their children.