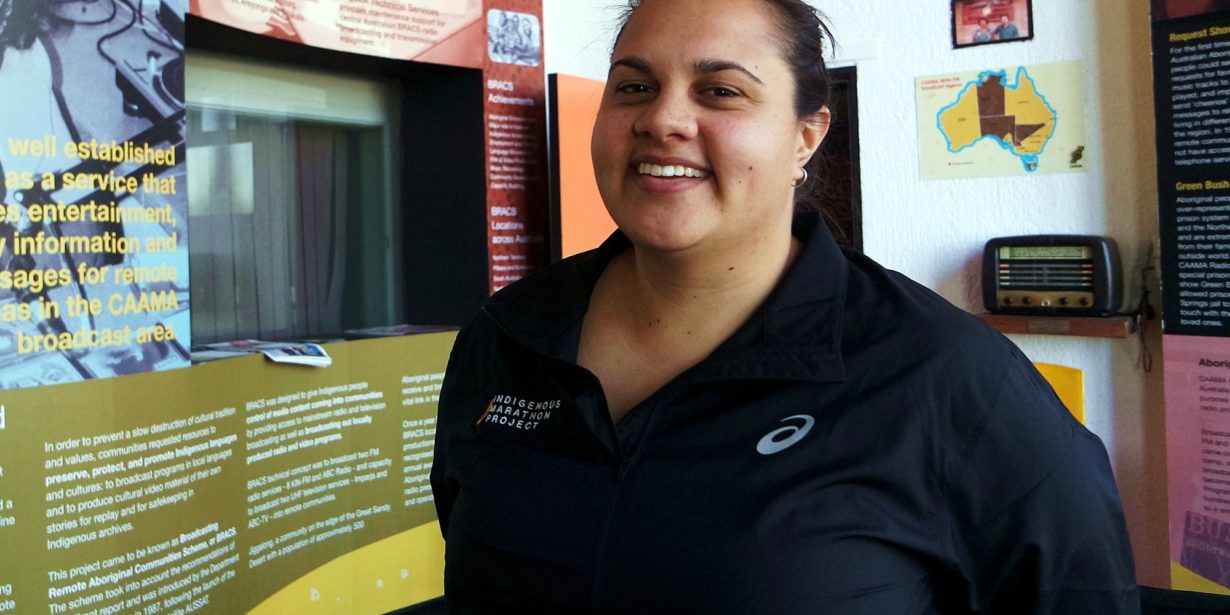 A Western Arrernte woman from Central Australia who is part of this years Indigenous Marathon Project (IMP) says she believes that inspiring young First Nations peoples is at the heart of the project.

The Indigenous Marathon Project which began in 2009 has the aim of spreading important messages about healthy living while providing social, inclusive and enjoyable environments for the participants.

Each year a team of Aboriginal and Torres Strait Islander representatives are chosen from communities across Australia to undergo training to compete in New York Marathon.

The IMP also includes education for participants with a Certificate 4 in Sport and Recreation.

Kate Axten is a member of the 12 person squad announced in May, who says while everyone in the squad is there for their own personal reasons inspiring young Aboriginal people remains at the heart of the IMP.

Since the IMP began 86 graduates have now finished a major international marathon.