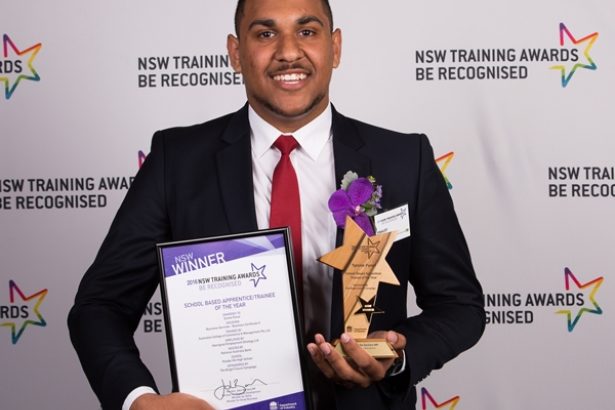 Aboriginal employment agency has found 12000 jobs for the mob...

Aboriginal Employment Strategy (AES) is a not-for-profit national recruitment company run by Aboriginal people and since its inception in 1997 has provided more than 12000 Aboriginal and Torres Strait Islander people with career opportunities.

For the past two years Tyrone Pynor worked part time at the National Australia Bank (NAB) as a school based trainee through AES and during his traineeship was awarded the Chairman’s Achievement Award and was named NSW Trainee of the year.

Mr Pynor who recently graduated from AES told CAAMA Radio he was humbled to receive recognition for his work and looks forward to what the future has in store for him.