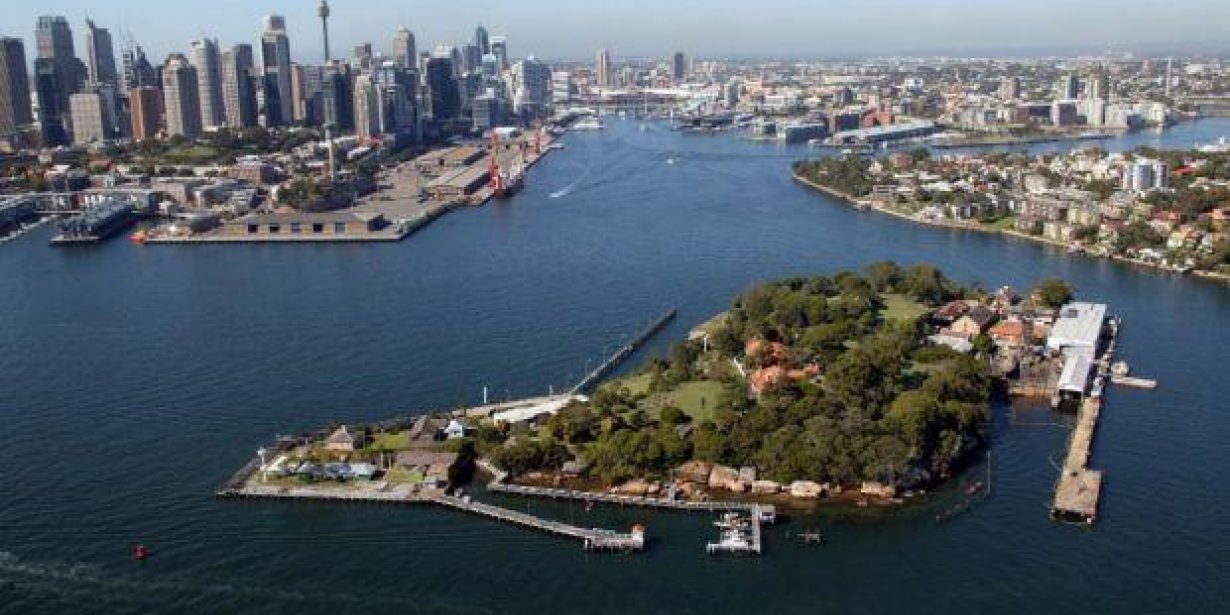 SYDNEY'S MOST EXPENSIVE REAL ESTATE BEING HANDED BACK TO TRADITIONAL OWNERS

One of the most expensive pieces of Sydney Harbour real estate is being handed back to the traditional owners.

Goat Island known by its traditional owners, the Cadigal peoples as Me-mel, is located in Sydney Harbour, west of the Harbour Bridge between McMahons Point and Balmain and is currently owned and managed by National Parks and Wildlife.

Aboriginal elder Bennelong and his wife, Barangaroo, were frequent visitors to the island, which was owned by Bennelong’s family.  There have long been strong calls to return the island to the Aboriginal people.

Goat Island is a prominent island in Sydney Harbour that in 1836 became the fledgling colony's gunpowder store and the source of the sandstone used in some of Sydney's finest buildings.  This 5 hectare island was also the headquarters for the Sydney Water Police who kept an eye out for smugglers and escaped convicts.

Quarried by convict labour, the stone was also used in the island's own structures, including the superb magazine with walls so thick the temperature inside remains steady, whatever the season.  Grisly relics of Goat Island's convict origins remain, including a seat carved out of stone by Charles Anderson, who was sentenced to be tied to the rock for two years.  Scratching’s made in the guardhouse by bored sentries are also in excellent condition.

“Our commitment to work with the local Aboriginal community provides an incredible opportunity to recognise this unique site always was, and always will be, Aboriginal land,” he said.

The Premier will establish a working group with the city's Aboriginal Land Council to investigate means of transferring management and ownership while continuing existing operations on the island while maintaining public access.

The state government's decision comes after the Labor party pushed for the island to be returned at last year's election.