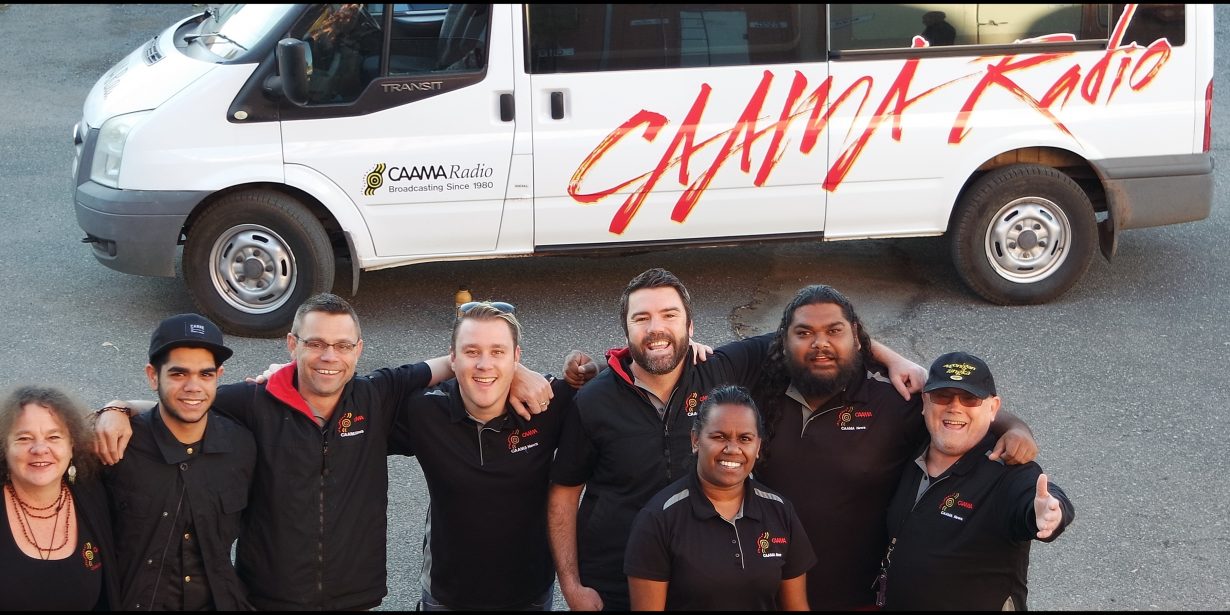 CAAMA crew are on their way to Kalkarindji ... in our new bus !

Kalkarindji and Daguragu are on the traditional homelands of the Gurindji people, and these communities are linked to the Malgnin, Mudpurra, Bilinara, Ngarinman and Warlpiri peoples through the historic Walkoff from Wave Hill Station, which was initially established on Gurindji traditional lands in 1883. At the time of the Walkoff, Wave Hill Station had been owned by British Lord Vestey's family since 1914. The Gurindji Walkoff was initiated by Gurindji/
Malgnin leader, Vincent Lingiari, on 23 August 1966 and lasted till 1974, an event which lit the fire that became the national land rights movement.