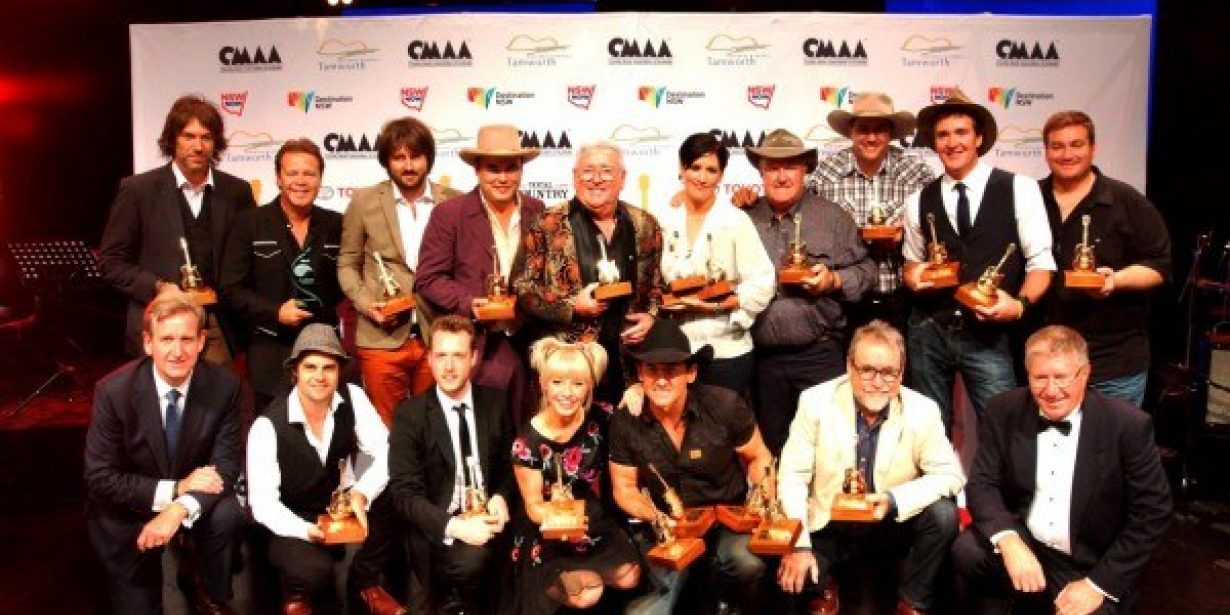 Hosted by THE McCLYMONTS, the awards event provided the audience with a bevy of performances on-stage and backstage throughout the night.

LEE KERNAGHAN scored MALE ARTIST OF THE YEAR, CMC VIDEO CLIP OF THE YEAR, SINGLE OF THE YEAR and the SANITY TOP SELLING AUSTRALIAN ALBUM OF THE YEAR, adding another four trophies to his already impressive collection.

Kernaghan’s award winning song ‘Flying with the King’, a tribute to SLIM DUSTY was part of the night’s theme, with the country music icon and his wife, JOY McKEAN saluted throughout the show’s presentation.

LUKE O’SHEA and DREW McALISTER collected awards for the LUKE O’SHEA recording of ‘Lady Of the Land’, written by both and recorded by Luke O’Shea as a tribute to Slim’s Dusty’s wife, Joy McKean.

SARA STORER’s return after a hiatus was heralded with no less than three Golden Guitars. Taking out the coveted ALBUM OF THE YEAR award was the icing on the country cake that also included FEMALE ARTIST OF THE YEAR and VOCAL COLLABORATION OF THE YEAR with John Williamson.

Whilst PETE DENAHY might have kept the crowd entertained with hilarious back stage crosses to award winners and country stars, he had to leave his post to collect his Golden Guitar for INSTRUMENTAL OF THE YEAR.

First time Golden Guitar winner ASHLEIGH DALLAS was awarded BEST NEW TALENT. A Tamworth local and third generation country music artist who was discovered by KASEY CHAMBERS secured the trophy with the audience showing their support on the night to a surprised Dallas.

A special highlight of the night was the presentation of THE LIFETIME ACHIEVEMENT AWARD to TED EGAN. With a career spanning over forty years, Egan has recorded thirty albums, written ten books and presented on thirteen episodes of the hour long documentary ‘This Land Australia. Along with the Golden Guitar trophy, Egan’s contribution to the industry was recognised with a performance of his song Drover’s Boy.