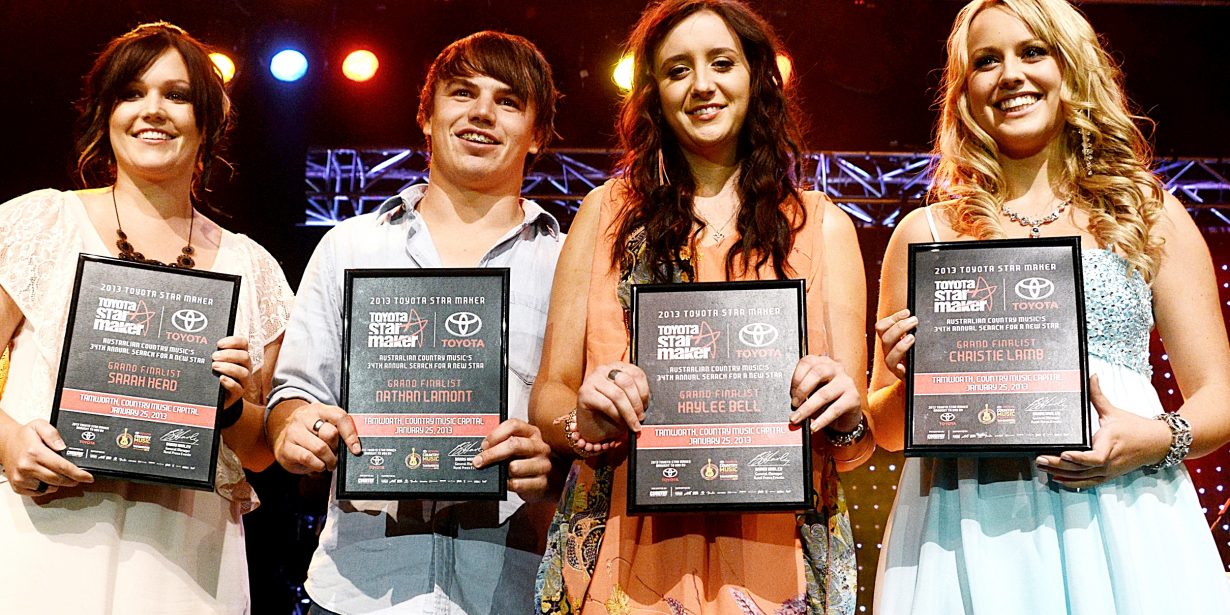 The four grand finalists are Christie Lamb of Kirkham, NSW; Kaylee Bell of Bathurst, NSW; andNathan Lamont of Wagga Wagga, NSW – along with Sarah Head of Robina, Queensland, who was voted for by fans during the event via SMS – a first in the competition’s 34 year history.