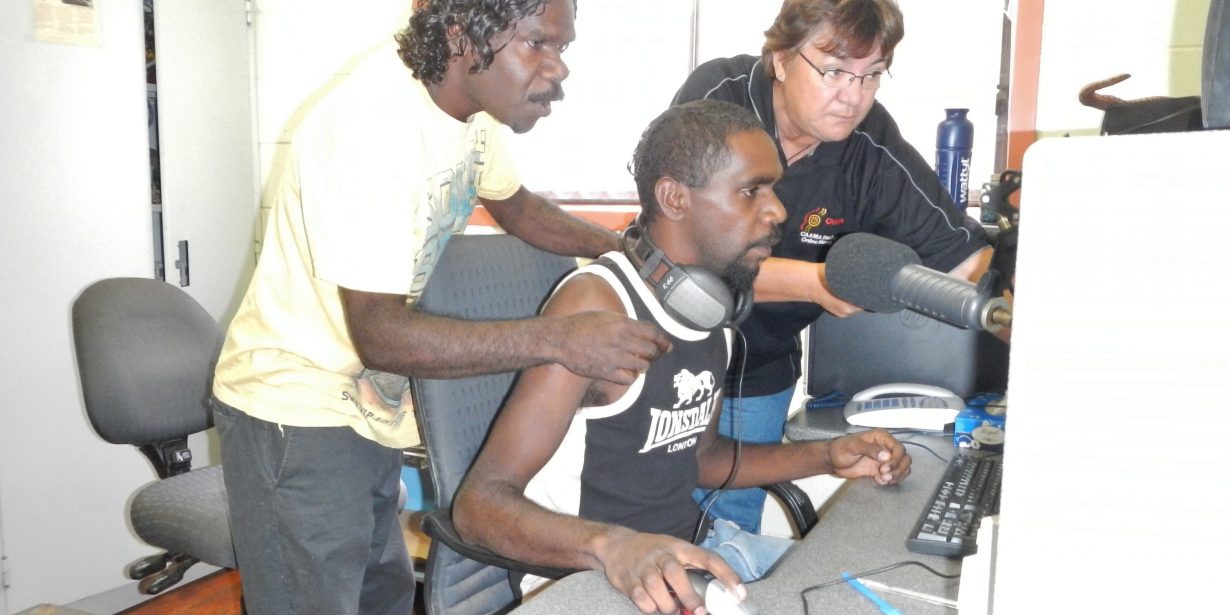 It was a great start to the week with a training day organised by the RIBS team and Utju RIBS broadcaster Jonathon. The studio filled up with interested men at the start of the training Monday morning. Five keen students led by RIBS Trainer Robyn went through the training and by the end were using the panel and having a practise broadcast with Jonathon.

Utju can look forward to more local broadcasts coming up as the men come in and get more practise.

When the weekly RIBS show from Utju started in the afternoon, Jonathon was joined by Frankie and Kelly. Sounded like they were having a good show and a good time while we listened in the RIBS Rocket on the way home.
Strong Voices, Strong Communities. 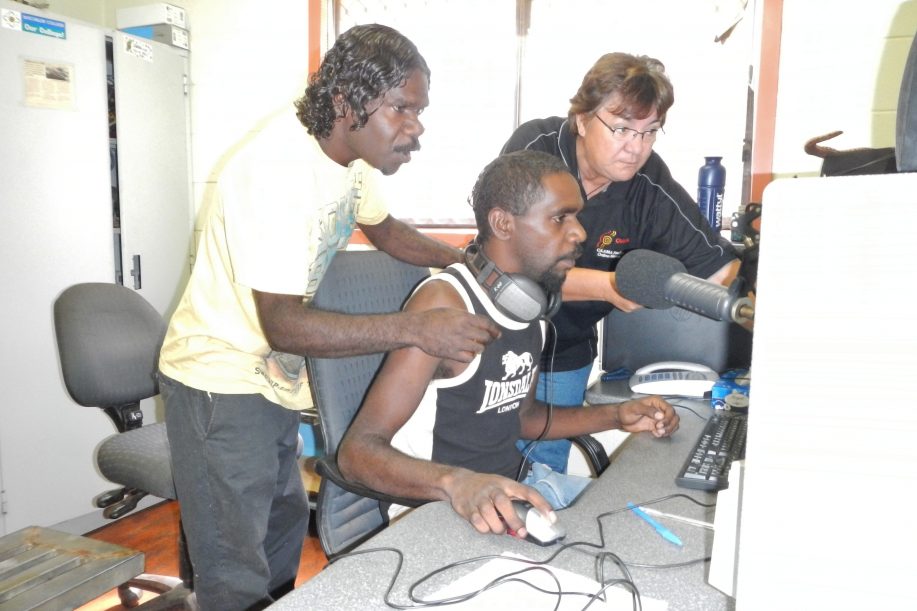 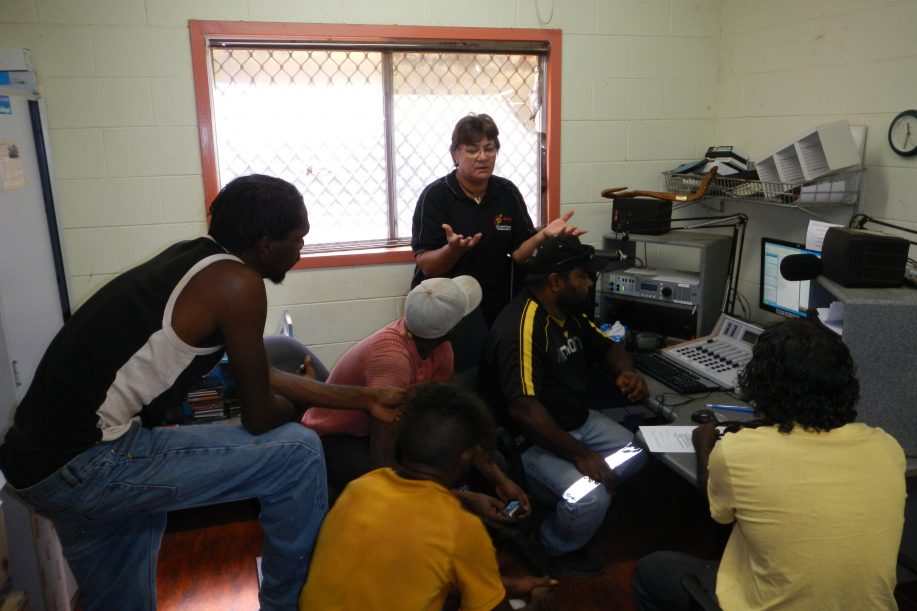 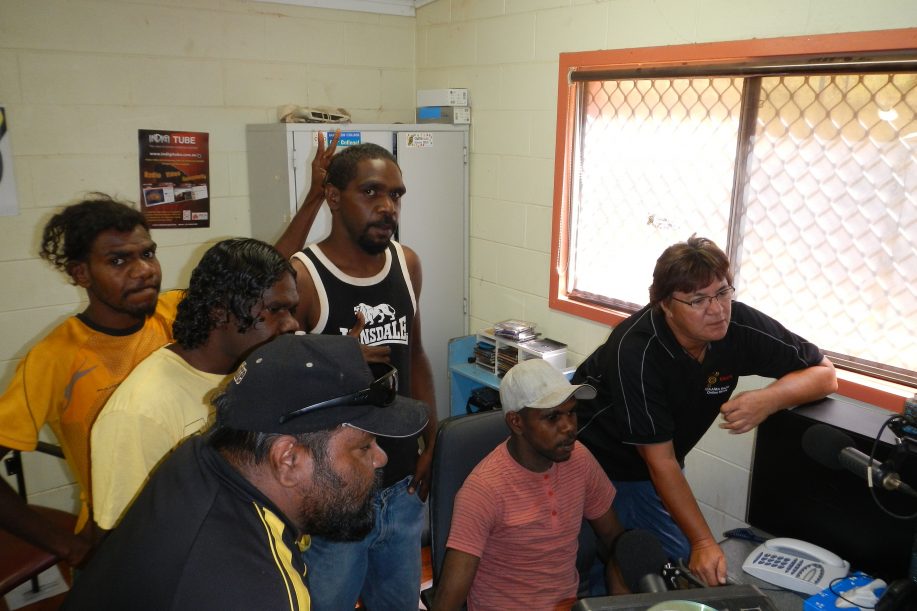