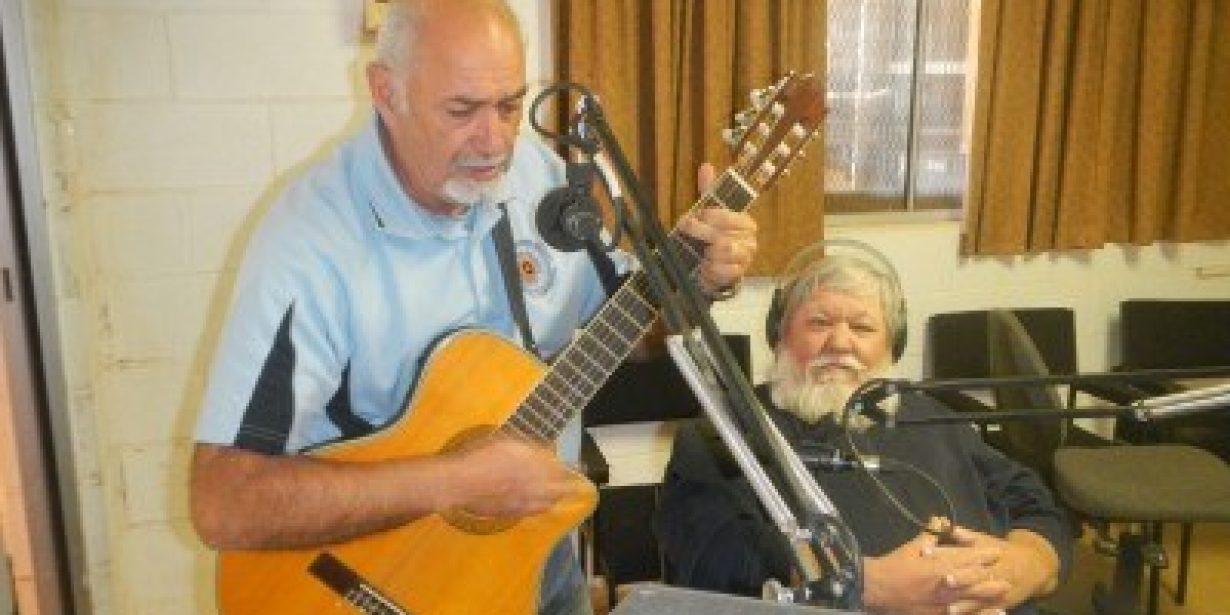 The Community and RIBS

Unscheduled live music going out across the CAAMA footprint was a highlight of the Ntaria RIBS show with Kenny recently. The new Drug and Alcohol worker for WAHAC at Ntaria, Klaude, came into the studio to have a chat about an upcoming men’s health meeting and ended up performing Unchained Melody and Ghost Riders in the Sky. Klaude’s singing was as good as his guitar playing and it was an impressive way to introduce himself on radio.

RIBS Coordinator Troy visited Imanpa this week and had a entertaining afternoon doing a local broadcast in the community. With the two fellas interested in being broadcasters at Imanpa not there he decided to do a show himself. First he thought he would walk around the community and get some requests, along with telling people to turn on their radios. By the end of the walk he had Gary, a local fella to help him do the show. It ended up plenty of fun with Gary rushing out between songs to get more requests and to let more people know the show was happening. It had a very country flavour with Slim Dusty and Charley Pride popular. Gary and the listeners now can’t wait to next week’s show. 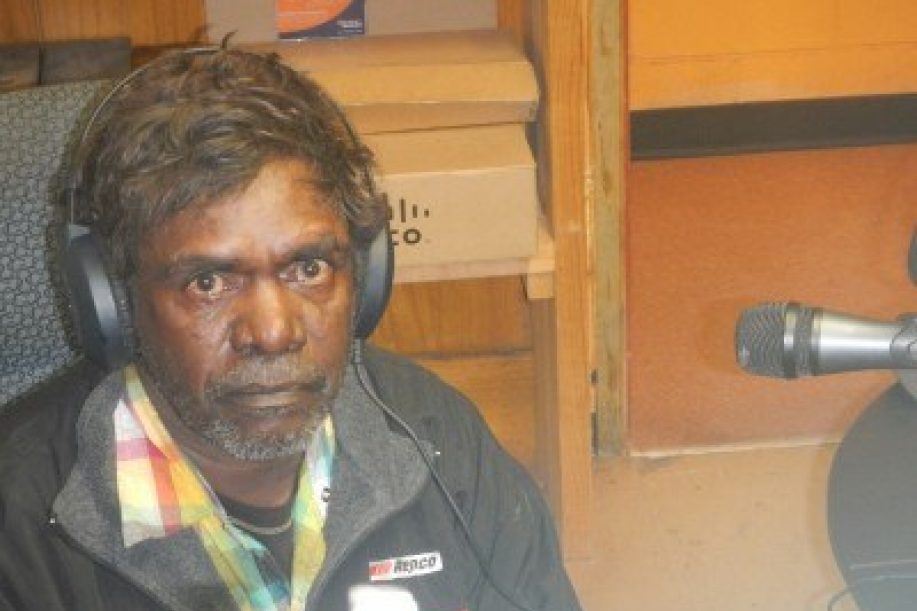 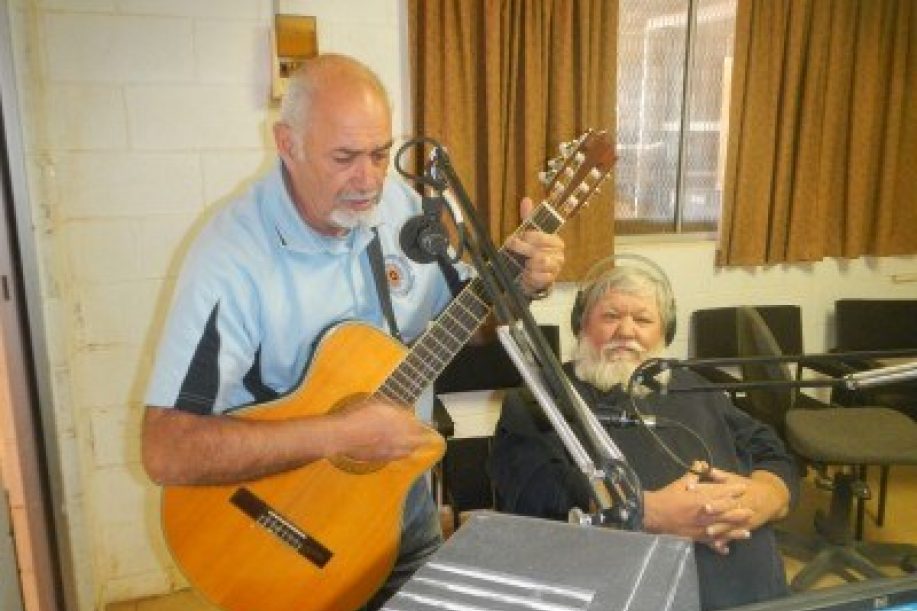