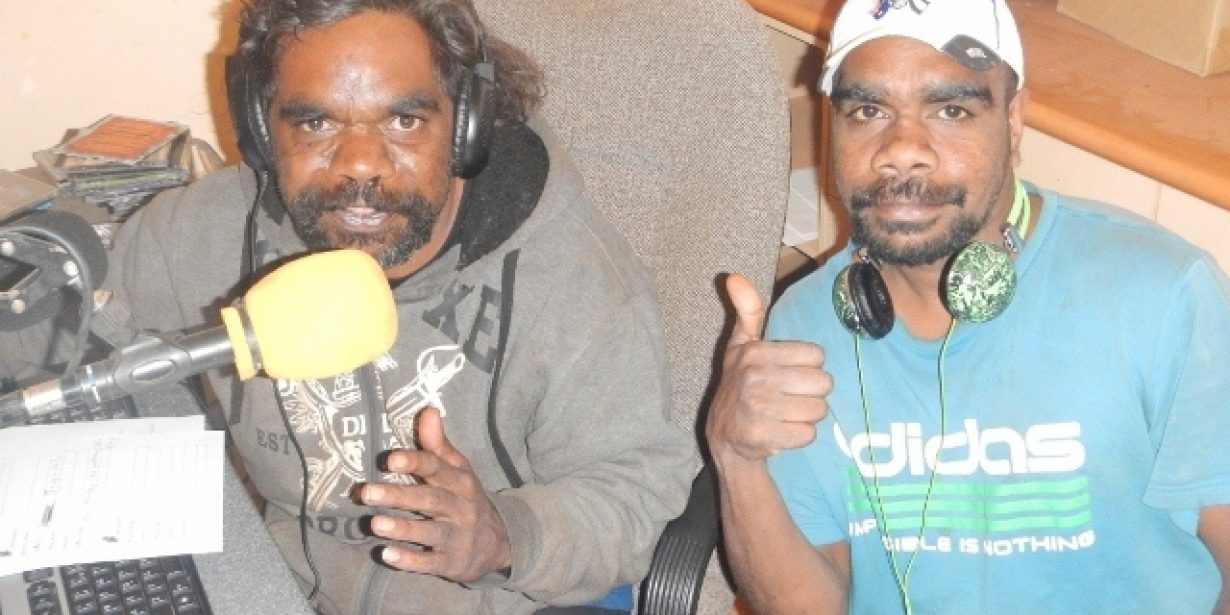 Out west with RIBS last week

Monday at Utju Jonathon received plenty of visitors during his RIBS show on the CAAMA network. Family and friends from Utju dropped into the studio to say hello and ask for a song to be played.

At Imanpa on Tuesday Rachael a teacher from the community’s school came over with some students to check out the RIBS studio. A local broadcast began with the students playing a few songs and getting on air. Andrew, one of the staff from the school and a local man who is going to start training, continued the local broadcast with Troy after the students went back to school. This week will see the youth coming back in to the RIBS studio.

Out at Papunya on Thursday Stanley put in a great local RIBS show with family sitting out the front of the Shire office listening to the songs he played. Stanley received a number of requests including some from some keen listeners at the Aged Care Centre and people at the Shire office.