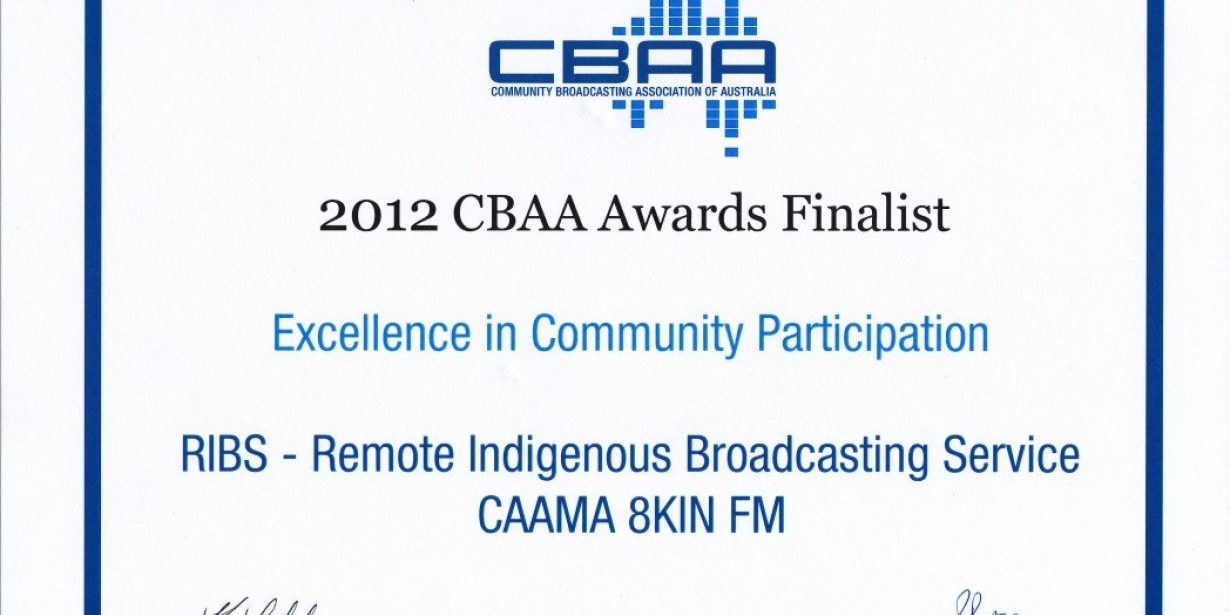 “CAAMA Radio was a finalist in three categories, resulting in winning two awards which is a great achievement in itself, Station CEO Mr Robertson said. “To be nominated & then a finialist and these awards, show the positive impact that CAAMA has on the broadcast industry, and it also shows how we connect with so many people within the community.

“CAAMA was formed 30 years ago to give Aboriginal people a voice in the media, to enable them to tell their stories, their way, and give an indigenous perspective to news and current affairs. “Its are a tribute to CAAMA Radio, whose hard work, professionalism and drive have shaped the station into an award-winning network.”

“We broadcast into SA, Qld, NSW and WA and provide an avenue for communities to be informed and entertained, as well as the opportunity for discussion on topics that often aren’t covered in mainstream media.