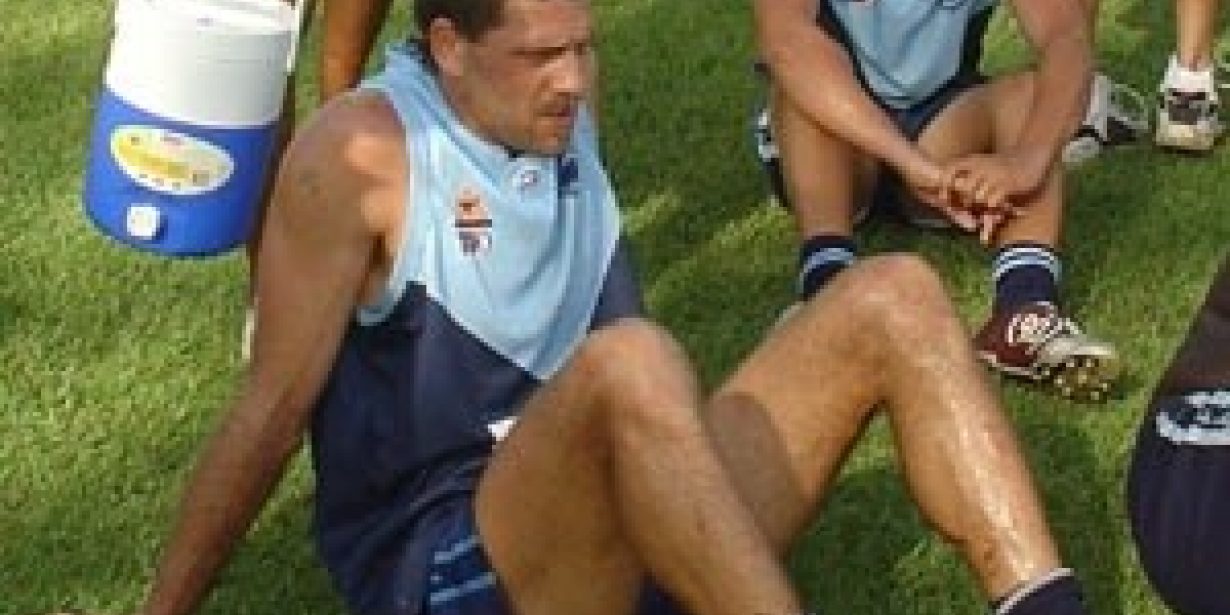 Darryl grew up in Alice Springs in central Australia, playing junior football for the Pioneer Football Club. Like many of his peers he had a difficult adolescence, but had a natural talent for football. In 1990 he represented the Northern Territory at the Teal Cup under-17 national football carnival held in Brisbane, where he came to the attention of Brisbane Bears coach Robert Walls and his football manager Scott Clayton. Impressed with his clean ball handling skills, his leap and his ability to “play tall”, the Bears drafted him at the end of the season with a priority draft pick from their Queensland-Northern Territory recruiting zone.

In the 2005/2006 NTFL Season White played for the Darwin Football Club, playing in a premiership team.

In 2006/2007, White switched to the Southern Districts Football Club, where he followed up with another NTFL premiership.

In 2007, he moved back to Queensland, where he played in a premiership with the Queensland State League’s Mount Gravatt Football Club, making it his sixth premiership across three competitions (AFL, NTAFL and QSL).

Darryl is a passionate supporter of indigenous education. In 2008 he accepted an appointment as Indigenous Support Officer at Marist College Ashgrove, where he will assist indigenous Marist students achieve their goals.